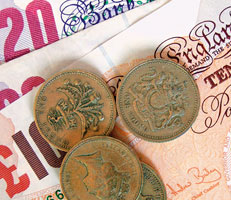 A report on the BBC’s progress to date in delivering efficiency savings required by the BBC Trust following the 2007 licence fee settlement.

"It is clear from this report that under the Trust’s stewardship the BBC has made great strides in continuing to improve its efficiency and this should be commended. When targets are achieved, of course people can question whether they are too low; just as, when savings fall short, it is rarely suggested that targets were too high. What is most important is that the lessons learned to date, along with the NAO’s suggestions for further improvement, will be invaluable as we implement the challenging programme of efficiencies proposed as part of the Delivering Quality First process." Anthony Fry, BBC Trustee with lead responsibility for value for money, 1 November 2011 "The BBC’s efficiency programme is on track while its overall performance measured in terms of audience has not declined. The efficiency programme is therefore proving a clear success in the terms set for it. However, it is hard to say whether the target set was stretching enough and the BBC cannot say whether all the savings made amount to real gains in efficiency. "To manage within its 2010 licence fee settlement, the BBC must strengthen its approach to targeting savings and create a culture of continually challenging how services are delivered."

The BBC Trust today (1 November 2011) published an independent report commissioned from the National Audit Office on the BBC’s progress to date in delivering the efficiency savings required under the target set by the BBC Trust following the licence fee settlement in 2007.

The BBC Trust set the BBC the target of finding three per cent cash releasing efficiency savings annually over a five year period. The NAO has concluded that the BBC is delivering value for money from its efficiency programme, called the Continuous Improvement Programme, in that it is on track to deliver these savings and is doing this whilst broadly maintaining its overall performance levels.

The NAO has also drawn out lessons for the BBC that will help strengthen its approach to identifying and delivering the future savings which will be necessary under the new licence fee settlement for the period 2013-2017.

Key points from the report include:

The BBC Trust responded to the report’s findings with a set of immediate actions agreed with the Executive. The BBC will: