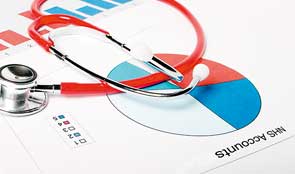 National Audit Office report: 2012-13 update on indicators of financial sustainability in the NHS

2012-13 update on indicators of financial sustainability in the NHS

According to an update report from the National Audit Office today, there was a surplus of £2.1 billion across the NHS as a whole in 2012-13, matching that in 2011-12.

Today’s report recognizes that the financial performance of NHS trusts and foundation trusts should be considered in the context of a period of little to zero growth in funding for NHS services over the last two years and during a period of significant structural change across the NHS. Measured by the total surplus or deficit of hospital trusts, financial performance for the NHS appears stronger in 2012-13 than it did in 2011-12. However, there are signs of increasing pressure.

As the NAO’s analysis at the same time last year also found, there was a substantial gap between the trusts with the largest surpluses and those with the largest deficits. When primary care trusts (PCTs) and strategic health authorities are also included, there is a similar variation between local health economies. The NAO found that some regions were in overall surplus, while others were not. The differences are most marked in London, where PCT clusters in parts of west London had some of the largest surpluses, whereas outer north-east London had one of the largest deficits.

As in 2011-12, NHS trusts in difficulty once again relied on cash support from the Department of Health or non-recurrent local revenue support from strategic health authorities and primary care trusts. The report reiterates that it is hard to see how this approach would be a sustainable way of reconciling growing demand with the scale of efficiency gains required within the NHS, and that, without major change affecting some providers, the financial pressure on them would only get more severe.

This is a period of major transition for the NHS, as clinical commissioning groups take over from strategic health authorities and PCTs the responsibility for commissioning health services. The NAO plans to repeat its analysis next year, when new commissioning arrangements will have been operating for 12 months.