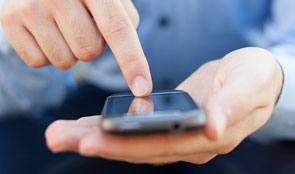 In its sale of the 4G radio spectrum the Office of Communications (Ofcom) achieved its objective of maintaining a competitive market with a number of competing providers.

The Office of Communications (Ofcom) achieved its objective of maintaining a competitive market with a number of competing providers in the first major sale of radio spectrum in over ten years, according to a report to Parliament from the National Audit Office. However, the national watchdog cannot yet conclude that the auction was economically efficient, because it is not yet possible to assess whether those who were allocated spectrum during the auction are able to make the most effective use of it.

The spectrum sold in 2013 significantly increases the quantity of spectrum in use for wireless communications. It allows for much faster mobile communications technology (often referred to as 4G). The auction raised £2.4 billion and Ofcom estimates it will provide benefits for consumers estimated at £20 billion.

The four existing national operators (EE, Three, O2 and Vodafone) all won spectrum through the auction process.  They now hold sufficient spectrum to ensure their medium-term viability, as assessed by Ofcom. A new entrant, BT Niche, was also allocated a substantial holding of the spectrum.

Since the auction took place, all four of the existing mobile network operators have started to roll out 4G services. EE was allowed to offer 4G services from October 2012 using its existing holdings of spectrum.

According to today’s report, whether or not the auction succeeded in allocating spectrum to those who can make best use of it will start to become apparent only as the spectrum is brought into use by the winning bidders.

Ofcom found that without intervention in the auction the smallest operator (Three) or a new entrant might not acquire the spectrum it needed to be an effective constraint on its rivals. It, therefore, reserved part of the spectrum for such an operator. Three successfully acquired this reserved spectrum through the auction. The Smith Institute calculated that the proceeds were £159 million lower than they would have been had the radio spectrum won by Three not been reserved for it or new entrants to the market. (This is assuming that bidders would have bid in exactly the same way had spectrum not been reserved for a new entrant.)