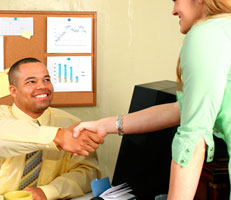 National Audit Office report: A commentary for the Committee of Public Accounts on the Work Programme outcome statistics

This commentary, on the first set of Work Programme data, has been produced for the Committee of Public Accounts.

The National Audit Office has today provided the Committee of Public Accounts with a commentary on the first set of data published by the Department for Work and Pensions on the number of people who have moved off benefits and into sustained employment as a result of the Work Programme. The data covers the period June 2011 to July 2012.

The key points in the NAO commentary are as follows.

At the start of the period, the number of people moving off benefit and into sustained employment was less than a third of the level expected at the outset by the Department. Over the year, the number has built up more slowly than the Department’s assumptions had indicated. As at July 2012, 3.6 per cent had moved into sustained employment compared with the expected 11.9 per cent.

No external providers met the minimum performance levels set in their contracts and there is a considerable variation in performance. For Jobseeker’s Allowance claimants aged under-25, the best performing provider achieved 2.2 per cent into work in the period to the end of March 2012, compared with a target of 5.5 per cent. The lowest performing provider achieved 0 per cent.

There are a number of reasons for the lower than expected number of people moving from benefits to sustained employment. Early expectations were probably set too high, reported performance is understated and some providers need to improve performance. Providers have pointed to harsher than expected economic conditions but the Department does not consider that economic conditions alone are sufficient to merit a change in the underlying assumptions about the Programme over its whole life.

The Department has issued warnings to providers that their performance must improve and is considering further actions it might take to improve the outcome of the Programme, including for example, improving skills support for the Programme’s participants.