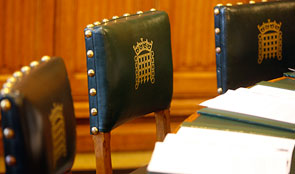 Accountability to Parliament for taxpayers’ money

The incentives on government Accounting Officers to prioritise value for money are weak compared to those associated with the day-to-day job of satisfying Ministers.

“Accounting officers are responsible for the delivery of value for money – the economy, efficiency and effectiveness of public projects and programmes. In this they converge closely with the Committee of Public Accounts and, of course, the NAO. AOs have always had to balance this role against other duties to execute policy and support Ministers. I think that these ministerial and policy goals have come to weigh more and more heavily. The ever-increasing influence of Special Advisers, and Ministers’ greater involvement in policy implementation and Civil Service appointments, is pressing down on the ‘Ministerial’ end of the see-saw further and further, while considerations of value for money and public value rise steadily into the air.”

The incentives on departmental Accounting Officers (usually the Permanent Secretary) to safeguard value for taxpayers’ money are weak compared to those associated with the day-to-day job of satisfying Ministers, according to today’s report from the National Audit Office.

Accounting Officers (AOs) have always had to balance the priorities, risks and pressures associated with these dual accountabilities, but, over time, the emphasis appears to have shifted in a way that potentially undermines accountability to Parliament. The NAO finds that AOs appear to lack confidence to challenge Ministers where they have concerns about the feasibility or value for money of new policies or decisions, not least because standing up to Ministers is seen as damaging to a civil servant’s career prospects.

Contributors to this situation are: the more ‘executive’ role of Ministers in specifying the detail and timing of policy implementation (and consequently AOs being held responsible for implementation decisions not directly under their control); Ministers seeking greater involvement in the selection of civil servants appointed to senior posts; and concerns over the influence of special advisers to Ministers.

Today’s report finds that the AO’s power to request a formal ‘ministerial direction’ is not being used effectively as an accountability control to safeguard value for money. Where an AO has serious concerns about value for money, he or she can flag the concern to Parliament by formally (and publicly) requesting a direction to proceed from the Minister. The threat of this can prevent poor decisions about use of taxpayers’ money, and discussions about possible directions can have ‘invisible’ positive influence on decision-making.

However, the evidence suggests the mechanism is not being used effectively. Major projects where there were clear value for money concerns, such as the FiReControl Project (2004-2011 which had cost £635 million when it was cancelled) or the National Programme for IT in the NHS (costing £11.4 billion between 2002 and 2011), were not the subject of directions.

AOs are expected to put in place effective assurance and controls to support their personal accountability to Parliament and these arrangements have evolved. But they need to keep pace with fundamental changes to the way government carries out its business and delivers public services, including greater local devolution.  Progress during the last parliament included Treasury making senior responsible owners of major projects (SROs) directly accountable to Parliament for project implementation, and improvements in transparency of government’s finances such as the Whole of Government Accounts.

The creation of accountability system statements was another positive development, but they are not comprehensive and often are little more than a compliance exercise. The NAO concludes that ensuring the essentials of accountability in some areas of government still seems to be an afterthought. Furthermore, HM Treasury has not asserted its own key role in setting the overall framework for AO accountability and providing clarity about expectations on AOs.

Overall, the NAO concludes that a robust, accountable system of decision-making, that safeguards taxpayers’ money effectively, needs much more transparency than is currently the case. Among the NAO’s recommendations is that the Treasury should introduce a new requirement on AOs to provide positive, on-the-record assurance ahead of key implementation decisions. This would help ensure that appropriate, informed judgements are made before public resources are committed.