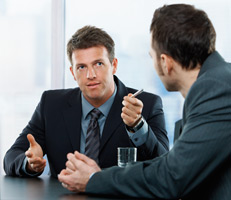 The role of assurance is to provide information to those that sponsor, govern and manage a project to help them make better informed decisions which reduce the causes of project failure, promote the conditions for success and deliver improved outcomes.

The National Audit Office has today called for a central, mandatory system of assurance to be established for government. The spending watchdog recognizes that central government has made a number of improvements towards providing assurance for high-risk projects – particularly by introducing OGC Gateway™ reviews and establishing the Major Project Review Group. However, the lack of an integrated system is limiting the ability of government to make further improvements.

Central government’s high-risk projects are frequently large scale, innovative and reliant on complex relationships between diverse stakeholders. Such projects frequently present a level of risk that no commercial organization would consider taking on. Projects can fail to deliver to time, cost and quality. Assurance provides information to those involved in projects, helping decision makers to be better informed and reduce the risk of project failure.

The NAO estimates that the total cost to government of assurance for high-risk projects is £8.3 million, which is minimal compared with the £10.5 billion of annual expenditure on the 42 projects tracked within the Major Projects Portfolio. If assurance helps prevent just one of government’s high risk projects from a serious cost overrun, the size of the potential saving more than justifies the investment.

The view of the NAO is that government can build on its successes by ensuring that the new system of assurance: