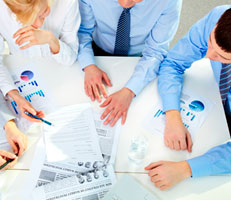 Significant changes have been made to the assurance system for major projects but Government needs to do more as the system is not yet 'built to last'.

"We support government’s ambition to eradicate the poor performance which has led in the past to the failure of major projects. The launch of the Major Projects Authority was a big step forward for the central assurance system and the Authority is already having a significant effect. "Strong ministerial sponsorship, and the work of key individuals, has brought us to where we are today, but we are still at the beginning - to quote Sir Francis Drake: 'there must be a beginning of any great matter, but the continuing unto the end until it be thoroughly finished yields the true glory'. If the new system is to be ‘built to last’, the Major Projects Authority needs to carry out the initial commitments to public reporting and be part of more fully integrated assurance across government."

The National Audit Office has today published its report on assurance for major government projects, such as the introduction of large IT systems, the construction of ships and helicopters and major changes to how services are delivered. The report supports the changes that government has made to the central assurance system for such projects – in particular, the launch of the Major Projects Authority – and finds that they have resulted in some significant impacts.

However, the system is not yet ‘built to last’. Processes need to be formalised, and the Authority, HM Treasury and departments need to co-operate more if these improvements are to continue. Transparent reporting of project data would also create a more effective and enduring system.

According to today’s report, there are 205 projects in the Government Major Project Portfolio, with a combined whole-life cost of £376 billion, and annual cost of £14.6 billion. Thirty nine of those projects have a delivery confidence rating of ‘red’ or ‘amber/red’.

An effective central system that gives assurance over project progress is critical for ensuring successful outcomes. In 2010, the NAO reported that the central assurance system for major projects was not optimal and, in response, government established the Major Projects Authority. This has led to improvements in the central assurance system, including better quality and visibility of government project data and better evidenced assurance reports which support HM Treasury’s decisions to cease funding failing projects.

There is not yet close co-operation between the different organisations involved in the assurance system. Departments have not fully implemented the requirement to have Integrated Assurance and Approvals Plans, and are not providing the Authority with enough staff to use as assurance reviewers. HM Treasury has not engaged as strongly as we would have expected. While there is engagement at working level and Infrastructure UK, a unit within HM Treasury, has attended most of the Authority’s board meetings, the senior officials from HM Treasury’s Public Spending Group have not attended the majority of the board meetings. HM Treasury is also not routinely using the Authority’s project data to spot and address potential problems across the portfolio of projects. Cabinet Office, HM Treasury and departments have not yet agreed on how to publish project information transparently.

Capacity constraints have had an impact on the effectiveness of the assurance system. The Authority is reporting on 160 more projects as part of the portfolio and carrying out more in-depth assurance work, but has 40 per cent fewer staff than the body it replaced. As a result, processes for sharing project lessons and for continuously improving the system remain informal, and there is overdependence on key individuals in the system. Local government projects do not fall within the Authority’s scope, and the Authority would not have the resources to assure these activities.