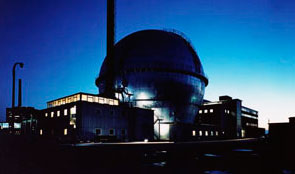 Assurance of reported savings at Sellafield

The Nuclear Decommissioning Authority’s systems for recording and challenging claimed savings at Sellafield give moderate assurance of reported overall savings since 2009-10.

The National Audit Office has today concluded that the Nuclear Decommissioning Authority’s systems for recording, scrutinizing and challenging claimed savings at Sellafield, the UK’s largest and most hazardous nuclear site, provide moderate assurance of reported overall savings since 2009-10.

The Committee of Public Accounts asked the NAO in January 2013 to review the basis on which the Authority assesses savings at Sellafield.

The original target for site wide savings was £796 million over the initial period of the ‘parent body’ agreement between Nuclear Management Partners Limited and Sellafield Limited (from 2009 to 2014) at 2012 prices.

Based on latest data, the Authority forecasts there will be site-wide savings over the initial period totalling £652 million, compared to the earlier, October 2012, forecast of £825 million. These forecast savings relate to impacts in the initial period and do not include the impacts of savings initiatives on costs in later years. During 2012-13 the Authority removed legacy ponds and silos from the savings target in order to focus these projects on achieving progress on the ground, rather than cost-savings.

The Authority tracks savings by comparing the cost of work carried out with the estimated cost of that work in the contract baseline, adjusted to remove savings not attributable to Sellafield Limited’s actions. Site-wide measurement and reporting of savings mitigates the risks of efficiency savings being claimed by reallocating costs between cost categories.

Today’s report does warn, however, that the exclusion of legacy ponds and silos from the savings target creates new risks to the accuracy of reported savings against that standard. The Authority understands the risks and to mitigate them intends to continue to monitor site-wide savings.