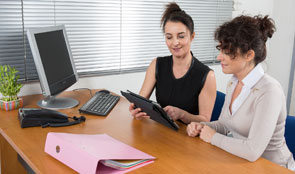 The Department for Work and Pensions has successfully introduced automatic enrolment to workplace pensions for large and medium-sized employers. Significant risks remain.

“The Department for Work and Pensions, The Pensions Regulator and The National Employment Savings Trust have worked closely together to introduce the automatic enrolment programme. They all have a clear understanding of their roles and the programme has so far delivered value for money. And more people are now saving for retirement. But significant risks remain. The volume of smaller employers will impose significant pressures and DWP will need to ensure that more widespread enrolment translates into higher retirement incomes.”

The Department for Work and Pensions (DWP) has successfully introduced automatic enrolment to workplace pensions for large and medium-sized employers, who account for around 20 million workers, according to today’s report from the National Audit Office. There are, however, significant risks ahead, as 1.8 million smaller employers are required to enrol their workers by 2018.

Today’s report says that DWP has worked well with The Pensions Regulator and The National Employment Savings Trust (NEST) to design the programme and engage with providers and other stakeholders. Furthermore, opt-out rates have been between 8% and 14%, much lower than expected.

DWP originally expected implementation of the programme to cost £1.1 billion, but it reduced this to £1 billion in its 2015 estimate, largely because of reduced costs of The Pensions Regulator. Programme spending is on track at £554 million to the end of March 2015, which is around half of total budgeted costs. DWP estimates that employers will spend £500 million setting up automatic enrolment and £140 million each year on administering automatic enrolment.

The longer-term success of the programme will depend on its ability to stimulate higher retirement incomes. The Department will also need to monitor the way the programme interacts with wider pension and welfare reforms.

According to the NAO, DWP should assess the impact of wider pensions policies, including pensions flexibilities, on automatic enrolment and monitor emerging trends and concerns, paying particular attention to the responses of employers and scheme trustees.