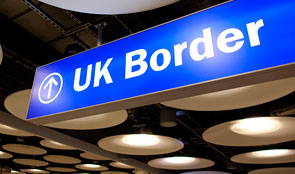 The Border Force: securing the border

The Border Force has successfully implemented full passenger checks and cut queuing times but at the cost of maintaining other aspects of border security.

“The Department has placed greater demands on the Border Force, which has successfully implemented full passenger checks and reduced queuing times. It has achieved this progress by focusing on a subset of its full range of responsibilities. The Border Force now needs to show it can apply the lessons learned from its successes to date across its full range of activities to ensure the security of the border. The Department needs to fund it to do so.”

Since the UK Border Force was separated from the UK Border Agency, it has met some important objectives such as reducing queuing times both during and after the 2012 London Olympics. To provide value for money, however, it needs to perform effectively and in a sustained way across the full range of its activities.

The Border Force separated from the UK Border Agency because the Home Office was not confident the Border Force was capable of responding to instructions. To address this, the Border Force has standardized how its officers check passengers, and almost 100 per cent of passengers at the border now receive full passport checks.

The Border Force has also successfully reduced passenger queuing times at the border. In April 2012, just before the Olympics, it became clear that the Border Force was struggling to manage queue times. The Border Force introduced measures to deal with this and, in 2012-13, more than 99 per cent of passengers cleared passport controls within the target times of 25 minutes for European arrivals and 45 minutes for those arriving from outside the EEA.

Border Force officers, however, reported that staff shortages and the requirement to prioritize full passenger checks while managing queue times often prevented their performing other important duties, such as checking freight. In addition, during the first months of 2012-13, the Border Force’s performance in some of its activities, such as seizures of cigarettes and counterfeit goods, entry refusals and detecting forgeries, was below target. The Home Office’s internal auditors confirmed in April 2013 that the 2012 Olympics and wider resourcing issues had an effect on the Border Force’s ability consistently to resource customs controls.

The Border Force’s workforce lacks organizational identity. The Border Force consists largely of officers who previously worked in separate customs and immigrations agencies, who typically still identify themselves as ‘ex-customs’ or ‘ex-immigration’. Five director-generals have been in post over the course of 18 months.

To meet the demands the Home Office has placed on it, such as carrying out full checks on all passengers rather than risk-based checks, the Border Force is recruiting more staff. Despite this, NAO visits revealed continuing staff shortages at the border. The Border Force has not established whether it has the resources it needs to deliver all its objectives.

The Border Force needs to deploy staff flexibly to respond to its competing demands, but is prevented from doing this as efficiently as possible because almost a fifth of its workforce is employed under terms and conditions that restrict working hours to fixed periods during the week. At Heathrow in spring 2013, less than half the workforce was contractually obliged to work before 5am without being paid additional benefits in kind, despite a significant number of long-distance flights arriving at that time.