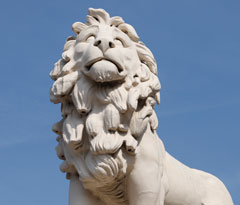 Briefing for the Culture, Media and Sport Select Committee

The Department’s aim is:
“To improve quality of life through cultural and sporting activities, to support the pursuit of excellence and to champion the tourism, creative and leisure industries.”

The Department is responsible for government policy on the arts, sport, broadcasting and the creative industries. It is the lead department for the London 2012 Olympic and Paralympic Games. The Department also has responsibility for the National Lottery, tourism, libraries, museums and galleries, press freedom and regulation, licensing, gambling and the historic environment.

During 2009-10, the Department was responsible for 55 public bodies that help deliver its strategic aims and objectives. The largest of these include the Olympic Delivery Authority, Arts Council England, English Heritage, Sport England and the British Library. As a response to the Coalition Government commitment to ‘reduce the number and cost of Quangos’ the Department announced on 26 July 2010 that it was abolishing, merging or deregistering a number of bodies, including the UK Film Council and the Museums, Libraries and Archives Council.