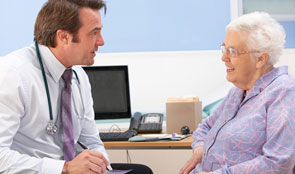 The CQC, the independent regulator of health and adult social care in England, has made substantial progress but needs to recruit and train staff and build a new organisational culture.

“The Commission has made substantial progress in the face of sustained criticism, and is developing a more intelligence-driven approach to regulation. Further challenges lie ahead for the Commission to demonstrate, in practice, effectiveness and value for money.  It now needs to build an organisational culture that gives its people the confidence, as well as the skills, to apply the regulatory model assertively, fairly and consistently.”

The Care Quality Commission has made substantial progress as it seeks to address public concerns about its regulatory approach, but significant challenges lie ahead if it is to demonstrate effectiveness and value for money, according to the National Audit Office.

The Commission, the independent regulator of health and adult social care services in England faced criticisms in 2011 and 2012 from a range of bodies including the NAO, the Public Accounts Committee, the Department of Health and the Francis Report. The grounds on which it was criticised included weaknesses in strategic direction and leadership, insufficient skills and capacity, and failure to intervene quickly or strongly enough in failing providers. The Commission responded by making substantial changes to its structure and leadership, and by developing a new regulatory model that strengthens the way it expects to monitor and inspect hospitals, adult care providers and GPs. The Commission has needed to recruit people with new skills for its role.

Progress has been made in recruiting new staff, but there are not yet enough people to carry out all the Commission’s work. By mid-April 2015 it had reached its initial target to recruit 300 inspectors by the end of that month. The Commission predicts that, when at full complement, a third of staff will have been in post for less than 12 months, and existing staff have experienced significant changes. The Commission deferred target dates for inspecting providers owing to staff shortages. It also has staff shortages in other parts of its business, particularly among analysts.

In addition, from April 2015, the Department gave the Commission new responsibilities to oversee the financial sustainability of the largest adult social care providers. The Commission must now notify relevant local authorities if it considers any of the 43 largest adult social care providers is at risk of exiting the market. It began overseeing these providers, however, before having in-house expertise fully in place. It was also announced in June 2015 that the Commission would assess the financial efficiency of hospital trusts.

Today’s report finds that the Commission is using data more effectively to plan inspections, in particular for acute trusts, following the conclusions of Sir Robert Francis’ second inquiry which found that it was essential that the Commission improve the way it used information to monitor risk. In contrast to the national data available for hospitals and GP services, however, the Commission does not have access to routine information about adult social care which is good enough for it to monitor risk or trigger inspections. The Commission needs more complete data about regulated bodies, particularly in the adult social care sector, as well as better quantified indicators of its own performance.

After successfully registering GPs online in summer 2013, the Commission plans to introduce an online system for adult social care providers during 2015-16. It currently rejects many paper applications to register or change details for providers because they contain errors, representing wasted effort and cost for both the Commission and applicants.