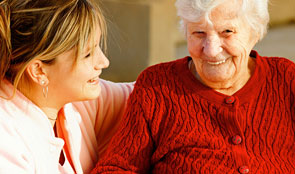 The first phase of the Care Act has been implemented well, but this places new responsibilities on local authorities whose core funding is being significantly reduced.

“The first phase of the Department of Health’s new approach to adult social care has been implemented well. But this places new responsibilities on local authorities whose core funding is being significantly reduced. They may not have enough resources to respond if, as could be the case, demand for care exceeds expectation. This could result in their having to delay or reduce services in the short term. This risk to value for money needs to be managed. The Department for Communities and Local Government has taken steps since November 2014 to improve its understanding of new burdens on local authorities.  But it needs to use intelligence from the new burdens regime to improve its understanding of the pressures affecting authorities’ financial sustainability.”

The Department of Health has implemented the first phase of the 2014 Care Act well, according to the National Audit Office. Ninety-nine per cent of local authorities were confident that they would able to carry out the Act reforms from April 2015.

However, the spending watchdog warns that the Department’s cost estimates and chosen funding mechanisms have put local authorities under increased financial risk given the uncertain level of demand for adult social care. In a challenging financial environment, with pressure on all services, authorities may not have enough resources to respond if demand for care exceeds expectations. The Care Act, which aims to reduce reliance on formal care, promote people’s independence and wellbeing and give people more control of their own care and support, will increase demand for assessments and services at a time when local authority provision has been falling and the number of people in need is rising. The NAO estimates that phase 1 of the Act will cost £2.5bn to carry out from 2013-14 to 2019-20, more than half of which is for carers’ assessments and services – a new entitlement and the largest single cost.

Today’s report, Care Act first-phase reforms, finds that the Department consulted carefully on the Act, to understand the main risks and respond to sector concerns, and there is wide support for the Act. Other departments implementing programmes could learn from this approach. Local authorities identified two big risks: cost and, secondly, uncertain additional demand from self-funders and carers. The Department estimates that there are some 455,000 people paying for care in their own homes.

The Department may, however, have underestimated the demand for assessments and services for carers. It based its estimate of take-up on the number actually receiving Carer’s Allowance, which it compared with other sources. The NAO repeated the Department’s calculation concluding that it was as reasonable to assume that those carers who have applied for Carer’s Allowance and are eligible, but do not receive it because they receive other allowances, are as likely to seek an assessment. This equates to a risk of £27 million (26%) in extra assessments and services if these people also come forward.

Also published today is the NAO’s report on Local government new burdens, which considers how well the government has applied the New Burdens Doctrine. This sets out how the government would ensure that new requirements that increased local authorities’ spending did not lead to excessive council tax increases. The NAO underlines the importance of departments assessing new burdens on authorities not only rigorously but also transparently. In addition, the Department for Communities and Local Government needs to use intelligence better, to improve its understanding of the pressures affecting local authorities’ financial sustainability.