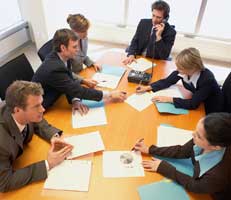 Central government’s use of consultants and interims

The amount of money being spent by government on external consultants has fallen slightly since 2006-07. However, government is not getting value for money from its use of consultants because it often lacks the information, skills and strategies to manage them effectively.

"Although total spending on consultants has fallen in recent years, this is not the result of effective management and control. Departments need better information and skills in order to achieve good value for money from their use of consultants. They need to do more to integrate their decisions to use consultants within their wider workforce planning; define the services required; know how the consultants' work is contributing to departmental objectives; and evaluate performance during projects and assess what benefits, if any, have been delivered."

The amount of money being spent by government on external consultants has fallen slightly since 2006-07, according to a National Audit Office report published today. However, government is not getting value for money from its use of consultants because it often lacks the information, skills and strategies to manage them effectively.

Today’s report, which focuses on 17 central government departments, finds that in 2009-10, these departments spent over £1 billion on consultants and interim managers (temporary replacements for permanent staff). The departments spent approximately £904 million on consultants in 2006-07. Spending on consultants fell by £126 million in 2007-08, but since then has remained broadly constant, totaling £789 million in 2009-10. Some of the fall in spending up to 2009-10 is likely to be due to increased accuracy in the recording of costs rather than improved control by management, suggesting that some of that reduction in spending is not sustainable.

Limited and inconsistent progress has been made against recommendations made in previous NAO and Public Accounts Committee reports. The quality of departments’ management information on consultants and interims is poor. Few departments can provide information on their spending by type of consultancy, the number of interims employed, or interims’ roles and length of contracts.

Departments do not always follow best practice when buying and managing consultancy and interims. The price that departments pay is often based simply on time spent on a project, rather then being fixed in advance or related to the achievement of specific objectives. Most departments do not assess the performance of consultants or whether the work done was of benefit.

In May 2010, the government introduced changes to the approval process for consultants and restrictions on recruitment, including interims, and this has helped to challenge their use. However, this is a short term impact and as a longer term strategy it could lead to the displacement of costs elsewhere. It needs to be built upon to deliver a sustainable approach to structured cost reduction.