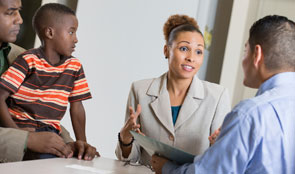 The DWP has simplified the way it administers child maintenance and is approaching expected levels of performance. But overall objectives might be at risk if the number of people using family-based arrangements does not increase.

“The Department for Work and Pensions has significantly simplified the way it administers child maintenance and is approaching expected levels of performance. However, there are indications that fewer parents are intending to choose family-based arrangements, and this is concerning. I am pleased to see that the Department is proceeding cautiously and aiming to learn from experience. Significant tasks still lie ahead for the Department. However, delivering value for money from the 2012 scheme will depend on winding up the remaining legacy cases from previous schemes and successfully implementing technology improvements.”

The Department for Work and Pensions has successfully introduced the first phase of the Child Maintenance 2012 scheme, according to the National Audit Office. The Department tackled early weaknesses and made decisions about timing and phasing to reduce risk. However, the spending watchdog has warned that the scheme’s overall objectives might be at risk if the number of people intending to use family-based arrangements does not improve over current levels.

The 2012 scheme replaces the existing 1993 and 2003 child support statutory schemes, which struggled with IT problems leading to poor customer service and incomplete information about outstanding debt. The two-phase 2012 scheme has been designed by the DWP to encourage parents to make their own arrangements for child maintenance. Phase 1 brought in a new IT system and simplified rules for applicants. Phase 2, expected to start in June 2014, will introduce charging to encourage parents to make family-based arrangements. The Options Service provides guidance to parents on different ways to arrange child maintenance. It is now mandatory to go to the Options Service if parents want to make an application for child maintenance.

The Department has simplified the way it administers child maintenance by reducing the number of its procedures and automating checks on parents’ income. It is also introducing online portals to allow employers and parents to manage payments online.

The DWP has significantly improved the control of its programme, which has led to better integration of suppliers, increased accountability and improved contractor performance.

It expects to save £220 million a year by encouraging parents to come to their own arrangements, thereby reducing the number of applicants to the scheme, and also by introducing charges.

The NAO today finds that, although the costs of the programme have increased and the Department does not yet have full information about cases, the 2012 scheme is approaching expected levels of performance. It is assessing 95 per cent of new cases accurately.

Phase 2 continues to be the most uncertain phase of the 2012 scheme and, in early 2014, the Department decided to postpone the start of it by three months, to June 2014, to reduce risks. The Department has identified charging and case closure as the main risks to the 2012 scheme. It has done some modelling of the impact of charging but accurately predicting parents’ reactions is difficult. If its assumptions are wrong, the scheme’s overall benefits may be at risk. The number of clients intending to choose family-based arrangements has reduced since August from 5,540 to 3,590. This may change as the Department introduces charging.

Amongst the NAO’s recommendations, the Department should complete testing of the new systems or fully assess the risks of proceeding without full testing.