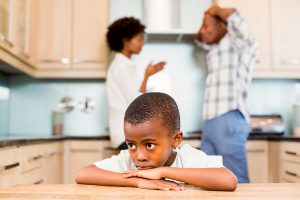 Child Maintenance: closing cases and managing arrears on the 1993 and 2003 schemes

The National Audit Office has today published the findings of its investigation into the Department for Work & Pensions’ closure of its 1993 and 2003 ‘Child Support Agency’ child maintenance schemes.

The National Audit Office has today published the findings of its investigation into the Department for Work & Pensions’ closure of its 1993 and 2003 child maintenance schemes. The 1993 and 2003 ‘Child Support Agency’ schemes struggled with IT problems leading to poor customer service, backlogs and incomplete information about amounts due.  Inaccurate assessments can mean that some parents receive too little for their children while others face hardship because of paying too much.

The 2012 child maintenance scheme was introduced to resolve these problems and encourage private arrangements. Since November 2013 all new applications have been made to the 2012 scheme. The Department began to tell parents in 2014 that their 1993 and 2003 scheme cases would close and that they would have to apply to the new scheme, or make their own family-based arrangements. It plans to end payments on 799,000 cases with continuing child maintenance by December 2017, and then close these cases and a further 588,000 where continuing maintenance payments are no longer due, but arrears have built up. Some parents told the NAO that closing long-standing 1993 and 2003 scheme cases can be disruptive and lead to confusion about the amount owed.

The key findings of this investigation are: