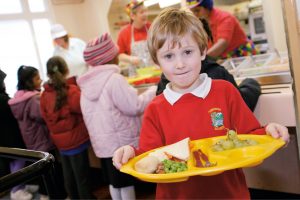 This report examines the effectiveness of the government’s approach to reducing childhood obesity in England.

The Department of Health & Social Care (the Department) is responsible for setting and overseeing obesity policy in England. In 2016, it published the first chapter of a new childhood obesity plan (the plan). The plan aimed to significantly reduce England’s rate of childhood obesity over the next 10 years. The second chapter of the plan was published in 2018 and aimed to halve childhood obesity and reduce the gap in obesity between children from the most and least deprived areas by 2030.
The Department runs the Childhood Obesity Programme (the programme) to oversee the delivery of the actions set out in the plan. Several other government departments lead individual projects within the programme. Local authorities are responsible for improving the health of their local population and for delivering public health services, including reducing childhood obesity.

This report examines the effectiveness of the government’s approach to reducing childhood obesity in England by considering the evidence base and progress so far. We have focused on children as dealing with obesity early in life prevents future costs and obesity-related health problems. We have also focused on preventive measures rather than treatment. The report sets out:

Governments have been grappling with childhood obesity since the 2000s, with limited success. In 2018/19, nearly one tenth of 4 to 5 year olds and more than one fifth of 10 to 11 year olds were classified obese. We estimate that roughly 1.4 million children aged from 2 to 15 years old were classified obese in 2018. Not only is obesity increasing for 10 to 11 year olds, it is increasing even faster for children in deprived areas. While the Department’s programme aims to tackle this issue, it is not yet clear that the actions within the programme are the right ones to make the step-change needed in the timescale available. Progress with the programme has been slow and many commitments are not yet in place, although the new strategy announced in July 2020 has signalled new legislation and greater willingness to act to reduce obesity. The government will need to act with greater urgency, commitment, co-ordination and cohesion if it is to address this severe risk to health and value for money.