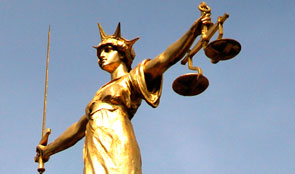 There has been a greater focus on enforcing criminal confiscation orders, but there remain fundamental weaknesses in the system.

“The Home Office, on behalf of the other criminal justice bodies, agreed to implement the Public Accounts Committee’s six recommendations from 2014 by the end of 2015. Together they have only implemented one. This is a disappointing result.”

Confiscation orders are the main way through which the government carries out its policy to deprive criminals of the proceeds of their crimes. The spending watchdog reported on the administration of confiscation orders in December 2013, concluding that the process was not working well enough and did not provide value for money. The Committee of Public Accounts subsequently made six recommendations for the system’s improvement, which were accepted by the government.

Today’s report found that the criminal justice bodies involved have made some progress against most of the Committee’s recommendations. Despite this, the NAO considers that the only recommendation which has been fully addressed is that the sanctions for non-payment should be strengthened. The Home Office introduced new legislation which includes longer default prison sentences and powers for judges to impose travel bans for non-payers. It is too early to conclude, however, whether these changes will prove successful.

Since 2014, the criminal justice bodies have improved how they administer confiscation orders, with greater focus on enforcement and better joint working across bodies including the Ministry of Justice and the Home Office. This has led to a £22 million (16%) increase in confiscated income in two years and the highest amount collected to date. The number of orders imposed, however, has fallen by 7% and are made in only a tiny fraction of total crimes.

According to the NAO, more could be done to reduce confiscation order debt, which has risen by £158 million to £1.61 billion in the last two years. Much of the debt now relates to orders which are at least 5 years old and HM Courts & Tribunals Service assessed that only £203 million of this total debt can realistically be collected. There are, however, fewer financial investigators, which has reduced the capacity needed to help recover high-value orders, and the use of restraint orders to freeze an offender’s assets has also fallen by 12%. Both are key to successful enforcement. There is also the potential for more collection, for example through greater involvement of the Foreign & Commonwealth Office to find and repatriate assets transferred overseas or changes in the law to stop criminals hiding illicit assets under other people’s names.

The Criminal Finances Improvement Plan, which set out 11 objectives covering the whole administrative process of managing confiscation orders, has helped galvanise efforts to improve the enforcement of orders since its launch in 2014. The government has not however met its ambitious targets for the plan’s implementation. In addition, the plan does not set out agreed success measures nor make clear the priority of the government’s objectives for confiscation.