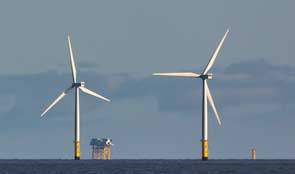 The government has missed opportunities to exploit the full potential of the Levy Control Framework and this has contributed to decisions which have not secured value for money.

“The Levy Control Framework has helped make some of the impacts of renewable energy policies on consumers clearer.  But government’s forecasting, allocation of the budget and approach to dealing with uncertainty has been poor, and so has not supported value for money. In addition, a lack of transparency over the Framework and expected future energy bills has undermined accountability to Parliament and consumers. I look forward to BEIS building on recent improvements it has made to the governance of the Levy Control Framework.”

The government has missed opportunities to exploit the full potential of the Levy Control Framework and this has contributed to decisions which have not secured value for money, according to today’s report from the National Audit Office.

The Levy Control Framework, established by the former Department of Energy & Climate Change (the Department) and HM Treasury, set a cap for the forecast costs of certain policies funded through levies on energy companies and ultimately paid for by consumers. Since November 2012, the Framework has covered three schemes to support investment in low-carbon energy generation: the Renewables Obligation, Feed-in Tariffs and Contracts for Difference. It sets annual caps on costs for each year to 2020-21, with a cap of £7.6 billion in 2020-21 (in 2011-12 prices).

According to the latest forecast, the schemes are expected to exceed the cap and cost £8.7 billion in 2020-21. This is equivalent to £110 (around 11%) on the typical household dual fuel energy bill in 2020, £17 more than if the schemes stayed within the cap.

The NAO concludes that the introduction of the Framework in 2011 was a valuable step forward in government’s approach to controlling the costs of consumer-funded energy policies. However, weaknesses in forecasting and in its approach to allocating the Framework budget up until April 2015 have resulted in a situation in which there is little unallocated budget left for new projects between now and 2020-21. Holding back more of the LCF budget and allocating it later would have been more cost-effective because the costs of renewable energy sources have fallen.

According to the NAO, the government failed to fully consider the uncertainty around its central forecasts and define its appetite for the risks associated with that uncertainty. If the Department and HM Treasury had asked more explicitly ‘what if our forecasts or key assumptions are wrong?’, this might have prompted more robust design and monitoring of the Framework, and reduced the likelihood of significantly exceeding the Framework’s budgetary cap.

Following an internal review in 2015, the Department made a step change in its governance arrangements for scrutiny and challenge of Framework costs. It has taken on more commercial specialists and is committed to collecting market intelligence more frequently.

Today’s report also finds that the Framework has not met its potential to support investor confidence because of its short and decreasing timeframe and a lack of transparency over forecasts and how the budgetary cap would operate.

The NAO recommends that government needs to do more to develop a sufficiently coherent, transparent and long-term approach to controlling and communicating the costs of its consumer-funded policies. This should include providing an updated report on the impact of its energy policies on bills, as the relationship between Framework costs and the affordability of energy bills is not straightforward.