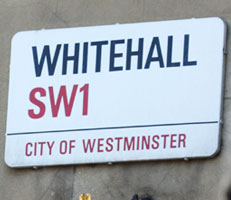 Government departments have been successful in cutting costs and managing within their reduced spending allocations for 2010-11. However, most departments will need to cut their spending by much more over the next four years. This will not be possible without making fundamental changes.

"Government departments have been successful in cutting costs and managing within their reduced spending allocations for 2010-11. However, most departments will need to cut their spending by much more over the next four years. This will not be possible without their recognizing that short-term measures are not enough and that fundamental changes are needed.

“Departments will achieve long-term value for money only if they identify and implement new ways of delivering their objectives, with a permanently lower cost base."

An initial report by the National Audit Office on progress by central government departments in reducing costs has concluded that departments took effective action in 2010-11, cutting spending in real terms by 2.3 per cent or £7.9 billion, compared with 2009-10. Our analysis of departments’ accounts supports the Efficiency and Reform Group’s estimate that Government spending moratoria and efficiency initiatives, including cuts to back-office and avoidable costs, contributed around half of the figure, some £3.75 billion.

However, the report warns that departments are less well-placed to make the long-term changes needed to achieve the further 19 per cent over the four years to 2014-15, as required by the spending review. This is partly because of gaps in their understanding of costs and risks, making it more difficult to identify how to deliver activities and services at a permanently lower cost. Fundamental changes will be needed to achieve sustainable reductions on the scale required.

The NAO notes that, despite a short timescale, departments successfully managed within their reduced spending allocations for 2010-11. The main reductions comprised a fall in administrative (back-office) spending by £1.5 billion, a fall in capital spending of £1.6 billion (partly the result of spending being brought forward to 2009-10) and a further net fall of some £4.8 billion in other expenditure within departments’ direct control.

However, it is unclear how far spending reductions represent year-on-year changes in efficiency, or whether front-line services are affected; and the departments’ forward plans examined by the NAO are not based on a strategic view. Departments’ financial data on basic spending patterns is sufficient to manage budgets in-year, but information about the consequences of changes in spending is less good. Longer term reform is a Cabinet Office priority and our work confirms that departments will need to look beyond short-term cost cutting measures and make major operational change.

Cost reduction plans need to build in contingency. In managing within spending plans, departments have to manage risks, some of which are outside their control. The plans examined by the NAO do not have sufficient contingency to cover either the risk that savings are not realized or the impact of external uncertainties, leaving departments to depend on finding greater savings in future years to fill any gaps.