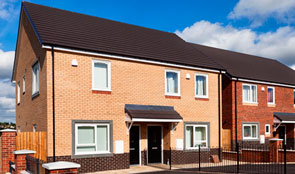 The MoD has developed a strategy that identifies the estate it needs and the 25% of its estate it can dispose of by 2040. However, the strategy and current funding levels allow only for a partial reversal of the decline in the condition of the remaining estate. There is a significant risk that the poor condition of the estate will affect the Department’s ability to provide the defence capability needed.

“The Department has started to improve its management of the defence estate, however the strategy and current funding levels only allow for a partial reversal of the decline in the condition of the estate. The Department has not yet set out how it will fully address the significant challenges it faces sustaining the whole of the estate and resultant risks to military capability.”

The Ministry of Defence has set out a strategy to make better use of its built estate , but much of this is uncertain and carries risks, according to the National Audit Office.

For many years the Department has not had a clear plan regarding the future size and shape of its estate. The resulting lack of certainty about where to invest its limited funding, combined with general underinvestment, means that the condition of much of the estate is poor and deteriorating.

As a result of under investment there is an increasing risk that the poor condition of the estate could affect defence capability. The estate is an important element of defence capability, enabling the Armed Forces to train and undertake operations, and providing accommodation for personnel and their families.  As the estate’s condition deteriorates, some parts may wholly or partially close which will exacerbate other risks and could reduce operational readiness.

Constraints on the Department’s funding for its estate are also leading it to making decisions that are poor value for money in the longer term. In addition, the 1996 decision to sell and lease back the majority of Service Family Accommodation is now limiting the Department’s ability to manage this element of the estate cost-effectively. Poor accommodation for service families is also affecting the morale as well as the recruitment and retention of service personnel.

The government has set targets for the Department to reduce its built estate by 30% by 2040. The Department is also the largest contributor to the government’s objective of releasing land to build 160,000 new homes between 2015 and 2020.

Today’s report found that, after many years of limited progress, the Department has set out a new vision for its future estate that supports military capability while meeting government targets. It has developed a Footprint Strategy which will contribute 15,000 toward the housing target by 2020 and enable it to dispose of 25% of its estate by 2040. This is based on assumptions and estimates and the Department expects that its plans will evolve over time. According to the NAO, however, implementing this strategy will be extremely challenging as many of the estate disposals, re-provisioning of essential facilities on sites to be disposed of and personnel moves are interdependent.

The NAO also found that, whilst some progress has been made, the Department does not yet have an overall model for managing the estate effectively. In 2011 the Department undertook large scale change of how the estate was managed. It believed that both creating the Defence Infrastructure Organisation (DIO) to centrally manage the estate, and prioritising the Commands’ estate needs, would improve its management and enable it to cut costs. In 2014, it made further changes by contracting with a strategic business partner, led by Capita, to run the DIO and help it achieve savings.  However, this overall model has not worked. Roles and responsibilities are unclear, governance arrangements are confused and DIO still does not have the skills and capabilities it needs.

There were fundamental weaknesses in the Department’s contracting with the strategic business partner. The Department failed to transform DIO prior to contracting, including putting in place a single IT system. This failure has affected the partner’s performance and created complexity in relation to the Department’s ability to hold the partner to account for its performance. The Department is undertaking a fundamental review of how its estate is managed, the role that the private sector will play, and how funding will be delegated to the Front Line Commands which report to the Defence Board in the coming months.

According to the NAO, there have been some successes, including improving the management of the Army Basing programme and developing the Footprint Strategy. The strategic business partner’s performance, however, has not met all expectations and has not made a notable difference in transforming DIO to better meet the needs of the Commands. The Department paid the strategic business partner £90 million between June 2014 and July 2016.