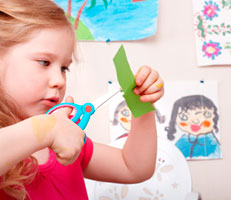 The Department for Education has made progress against many of its objectives in delivering the free entitlement to early education, but it must address variations in take-up, quality of provision and the impact on attainment in later years if it is to achieve value for money.

"The Department for Education needs to do more to put itself in the position to assess whether the forecast long-term benefits of free education for three- and four-year olds are being achieved. It also needs to understand how the arrangements for funding providers of that early education drive its availability, take-up and quality. "Both of these are necessary if it is to get the best return for children from the £1.9 billion spent each year."

A high take-up nationally of education for three- and four-year-olds has been sustained, but there are wide variations in both take-up and access to high quality provision depending on where children live, according to a report published today by the National Audit Office. The Department for Education has made progress against many of its objectives in delivering the free entitlement to early education, but it must address variations in take-up, quality of provision and the impact on attainment in later years if it is to achieve value for money.

The national take-up rate for three and four-year-olds in early education has been sustained at 95 per cent since 2008, despite an eight per cent increase in eligible children. There are however, wide variations in take-up between local authorities. Take-up for children from the most disadvantaged families is lower than overall take-up.

The quality of nurseries, schools and other providers offering the free entitlement has been sustained overall since 2008-09, but access to high quality provision varies depending on where children live. According to NAO analysis of Ofsted data, the percentage of good or outstanding provision across local authorities in March 2011 ranged from 64 per cent to 97 per cent. Areas of highest deprivation are less likely to have high quality provision.

Children’s level of development at age five has improved, but National Key Stage One results at age seven show almost no improvement since 2007. Although the relationship between the entitlement and Key Stage One results is not straightforward, the Department intended the entitlement to have lasting effects on child development throughout primary school and beyond. It is not yet clear, however, that the entitlement is leading to longer-term educational benefits, and the Department does not yet have robust measures to demonstrate whether the longer-term benefits it expects are being realised.

The Department has recently begun collecting more detailed data about local authority funding of providers delivering the entitlement. It lacks, however, a robust analysis of the relationship between performance and funding levels. The NAO’s analysis found that local authorities which fund providers of the free entitlement at a higher rate were not necessarily those with high-quality provision. Furthermore, while parents choose where and how their children use the entitlement, there are limitations in the information available to help parents make such decisions. For example, most local authorities make assessments of the quality of providers, but these are not published or made available to parents.