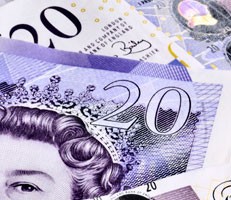 The Department for Culture, Media and Sport has improved the maturity of its financial management in a number of areas, but the NAO has not been able to conclude that the Department is achieving value for money.

"Financial management at the Department for Culture, Media and Sport has improved, but there is still a way to go before I can say that it is achieving value for money. Some decisions have been made based on insufficient financial information and analysis, as exemplified by the decisions to merge and close some arm’s-length bodies. This can leave organizations exposed and unprepared for the future and lead to high overall costs or the displacement of costs elsewhere. "In previous reports on the Olympic programme, I have recognised the positive role played by financial management. I expect to see the finance function gain similar influence within the Department overall, and a commitment to take decisions based on appropriate and accurate information. The Department should also seek a new, more coherent approach to the challenging task of overseeing its arm’s-length bodies."

The Department for Culture, Media and Sport has improved the maturity of its financial management in a number of areas, according to the National Audit Office. However, the spending watchdog has not been able to conclude that the Department is achieving value for money. The report also highlights the substantial challenge it faces in providing effective financial oversight of its arm’s-length bodies which differ in size, influence and risk.

The NAO has an ongoing programme of work examining preparations for the London 2012 Olympics which acknowledges evidence of good financial management. Today’s report concludes that the commitment to financial management shown on the Olympic programme needs to be replicated across the Department’s wider responsibilities.

External financial reporting at DCMS meets the standards set by HM Treasury and the Department has received unqualified audit opinions on its accounts since the transfer to Resource Accounting in 1999-2000. Internal administration has also improved, with budget holders facing direct challenge, and the creation of an Investment Committee. However, the finance team still needs to improve its performance in a number of areas: in particular in strengthening the role it plays in support of key policy decisions.

The Department’s Board, chaired by the Secretary of State and with four non-executive members, now receives financial information in a consistent format, including additional finance reports when requested. But there are some gaps in the information reported which prevent the Board from fully examining the Department’s financial position.

DCMS has a history of over-committing its budget allocations across its arm’s-length bodies. In April 2009, initial forecasts for 2009-10 showed capital budgets had been over-committed by £95 million, and in 2010-11 by £110 million.

Although some received graduated reductions, the DCMS opted to apply a standard flat-rate cut to the budgets of the majority of its arm’s-length bodies. While these cuts were moderated by potential access to other funding, the Department is not yet in a position to assess the ultimate impact of these cuts on frontline delivery. The Department did, however, prioritise quick decisions on budgets to allow arm’s-length bodies to plan their cost reductions early.

In addition, the Department’s decision to close and merge a number of its arm’s-length bodies was not informed by a financial analysis of the costs and benefits. It based its decisions on estimates which did not take account of the full costs of closure such as lease cancellation, redundancy and pension costs. The decision was not informed by an estimation of future savings or of what the pay-back period would be.