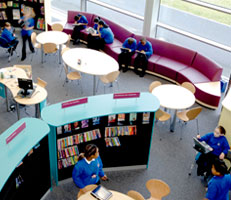 Department for Education: The Academies Programme

Many academies are performing impressively in delivering the Academies Programme's intended improvements. Most academies are achieving greater rates of improvement in academic attainment than their predecessor schools.

"Many of the academies established so far are performing impressively in delivering the intended improvements. It cannot be assumed, however, that academies' performance to date is an accurate predictor of how the model will perform when generalised more widely. Existing academies have been primarily about school improvement in deprived areas, while new academies will often be operating in very different educational and social settings."

The National Audit Office has reported that many academies are performing impressively in delivering the Academies Programme’s intended improvements. Most are achieving greater rates of improvement in academic attainment than their predecessor schools.

New legislation and government plans mean that the Programme is likely to expand significantly in the coming years, giving successful schools greater freedoms as well as tackling underperformance. The NAO warns in today’s report that academies’ performance to date cannot be assumed to be an accurate predictor of how the model will perform when generalized over many more schools, given that the future number is likely to include schools with a much wider range of attainment, and operating in very different community settings.

Overall, academies have increased the rate of improvement in GCSE results when compared with trends in their predecessor schools. And although still below the national average, the proportion of pupils achieving five or more A*-C GCSEs is improving at a faster rate than in maintained schools with similar intakes. However, a small number of academies have made little progress, particularly when English and mathematics are taken into account.

The proportion of academy pupils from socially disadvantaged backgrounds has reduced, although it remains over twice the national average, and academies now have higher absolute numbers of these pupils on average than when they first opened. The performance of academy pupils from more challenging circumstances (those who are registered as eligible for free school meals, have English as an additional language or have special educational needs) has improved over time. However, the attainment gap between these pupils and others has grown wider in academies than in maintained schools with similar intakes, since less disadvantaged pupils appear to benefit more immediately from improved standards at the academy.

The rate at which new academies have been opening has increased rapidly in recent years, creating challenges around timely staff restructuring and appointment of senior teams. If not dealt with effectively, these challenges can impact significantly on teaching and learning, financial health and longer-term sustainability. Some academies have found it difficult to achieve financial balance without additional funding. The Department has identified that just over a quarter of academies may require additional financial or managerial support to secure their longer-term financial health, and a significant number have not received the financial contributions originally pledged by their sponsors.

The expansion of the Programme increases the scale of risks to value for money – particularly in the areas of financial sustainability, governance and management capacity. With greater numbers of academies opening in recent years, the Department’s capacity to administer and monitor the Programme has been stretched, particularly as funding is administered on an individual basis. Responsibility for administering and monitoring open academies has now transferred to the Young People’s Learning Agency, and plans for faster expansion of the Programme will also put pressure on the Agency’s resources.