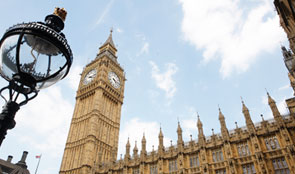 There is no collective understanding of what type of oversight is appropriate and cost effective for different types of arm’s length bodies.

“If one of the main reasons for having arm’s length bodies is to provide a zone of relative independence, the fact that oversight mechanisms focus predominantly on compliance and control means there is almost certainly room for improvement.”

There is no collective understanding of what type of oversight is appropriate and cost effective for different types of arm’s length bodies, according to today’s report from the National Audit Office.

Arm’s-length bodies (ALBs) is a commonly used term covering a wide range of public bodies, including non-ministerial departments, non-departmental public bodies, executive agencies and other bodies, such as public corporations. Departments rely on ALBs to carry out a range of important functions, many of which are vital to delivering departments’ strategic objectives. Today’s NAO report looks at four departments that oversee a large number of ALBs: Department for Business, Innovation & Skills, Ministry of Justice, Department for Environment, Department for Food & Rural Affairs, and Department for Culture, Media & Sport.

The NAO found that the arm’s-length bodies sector remains confused and incoherent. There is no single list of all ALBs across government nor a common understanding of when ALBs should be used, or what type of ALB is most appropriate for particular circumstances. Different departments define ALBs in different ways and some ALBs are uncertain about how they relate to their department’s objectives. The prevailing inconsistency hampers a coherent approach to overseeing ALBs that is consistent with their purpose, although the Cabinet Office is building on its Public Bodies Reform Programme and taking further steps to address this.

Across the four departments the NAO looked at, approaches to oversight of ALBs have evolved in response to internal and external pressures. All four departments use different approaches, but without a consistent overarching framework that draws on learning from departments’ experience.

Departments can undermine good relationships with ALBs by frequent, often duplicated, requests for information. Although 87% of the ALBs the NAO surveyed felt the frequency of contact with departments was ‘the right amount’, 52% felt oversight had increased in the last 18 months.  The NAO heard concerns that departments often contacted ALBs to request information that was already held by the department, or available in published documents such as annual reports.

According to the NAO, the one consistent feature is the extent to which oversight is focussing on compliance and control, as opposed to achieving greater value from the relationship. There are, however, examples of departments adopting a more strategic approach through greater involvement of more senior staff and selective, targeted collaboration with and between ALBs.

Differing circumstances within individual departments and across ALBs precludes a one size fits all approach, but the Cabinet Office has more to do to develop greater coherence and consistency in the oversight of arm’s length bodies. Among the NAO’s recommendations is that the Cabinet Office should review the effectiveness of existing mechanisms for sharing good practice and developing capability in departmental oversight of their ALBs.