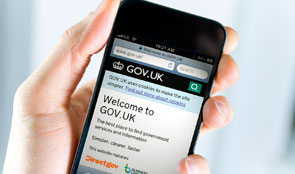 There is scope for greater use of online public services but there are still significant numbers of people who cannot go online or do not wish to do so.

“Online working is increasingly central to the delivery of government services and rightly so. But it is important to remember that there are significant numbers for whom this does not work – who cannot or do not want to go online. As the government moves towards ‘digital by default’ services, these people will need help to go online and continued access to services in the meantime.”

There is scope for greater use of online public services, according to research by the National Audit Office. In addition, the government’s aim of making public services ‘digital by default’ is broadly acceptable to most citizens and small and medium-sized businesses. However, according to the spending watchdog, there are still significant numbers of people who cannot go online or do not wish to do so.

The government has established firm leadership of its digital agenda and its strategy is based on sound evidence that a high proportion of people and small and medium-sized businesses have the access and skills to use online public services.  The NAO’s survey indicates that 83 per cent of people use the internet. Whether people live in a rural or an urban area appears to have little impact on their internet use but age, socio-economic group and disability do make a difference. Over 90 per cent of those surveyed who used the internet were experienced users who felt confident about completing online tasks without help. However, seven per cent of those online lack confidence and may need assistance.

The government in calculating potential savings has assumed that 82 per cent of transactions with public services will be carried out online, the proportion of the population currently online. Nevertheless, according to today’s report, online use of some services falls short of that level, despite the widespread access to the internet by the public and the ability by most people to carry out the kind of transactions required by online public services. For the 20 public services covered by the NAO research, the proportion of transactions carried out online by people surveyed ranged from less than 50 per cent for one service to over 80 per cent for a number of other services.

The research suggested three main reasons why people choose not to use more public services online. One is the preference by many for face-to-face contact, even where they are aware of the possibility of using the service online. The second is a general unwillingness to provide personal information online. And the third is low awareness of some online public services.

The government has set out plans to help people not on the internet to use digital services. Given the scale of ‘digital exclusion’, the government now needs to put these plans into action to avoid a ‘them and us’ problem. Of those surveyed, 17 per cent did not use the internet and, of those, 72 per cent do not intend to go online. Based on these numbers, departments need to plan for around four million people in England who are likely to need help in using online services.  However, of those not on the internet, 48 per cent receive help from friends and family with internet access, a fact not recognized in the government’s approach to assisted digital services.