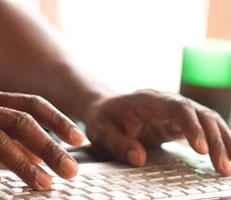 Digital Britain One: Shared infrastructure and services for government online

The Government has not in general measured the benefits delivered by its two central internet services Directgov and Business.gov, and the infrastructure service Government Gateway, which together cost some £90 million a year.

"It is a good thing that people visited the two main government websites some 200 million times last year. However, it’s still unclear what benefits have been achieved and at what cost. We cannot conclude, therefore, that the taxpayer is securing value for money."

The Government has not in general measured the benefits delivered by its two central internet services Directgov and Business.gov, and the infrastructure service Government Gateway, which together cost some £90 million a year, according to a report today by the National Audit Office. Government departments and other public bodies use Directgov, Business.gov and Gateway to provide information to the public and to support a range of government online services.

It is crucial that the Government Digital Service (GDS), established in March 2011 to implement a new strategy to deliver all government information services digitally, builds in the right mechanisms to achieve value for money as it plans the future of digital shared infrastructure and services.

Today’s report does conclude, however, that it is likely that Directgov, Business.gov and Gateway have delivered some cost savings to the public bodies which use them, through the reuse of common infrastructure. The public and businesses using the services have also benefited.  Directgov (providing government information for the public) and Business.gov (a family of four services, one for each of the four nations of the UK, providing information for businesses) have enabled citizens and businesses to access information in a more organized way.

Even though financial benefits are not clear, performance has been managed and most targets have been met. Since 2006, 1,526 government websites have been closed. Determining how successful the Government has been in closing websites has proved difficult, however, because the baseline numbers were based on an estimate and targets have changed over time. At the start, the Government was unsure how many sites it had and not all bodies have complied with the policy to close sites.