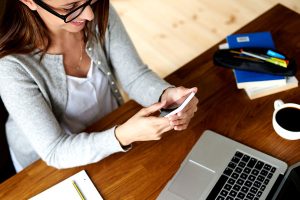 Digital transformation has a mixed track record across government. It has not yet provided a level of change that will allow government to further reduce costs while still meeting people's needs.

“Digital transformation has a mixed track record across government. It has not yet provided a level of change that will allow government to further reduce costs while still meeting people's needs.To achieve value for money and support transformation across government, GDS needs to be clear about its role and strike a balance between robust assurance and a more consultative approach.”

Government Digital Service’s (GDS) early impact across government shows that there is a key role for it in promoting new approaches and developing expertise, but GDS has found it difficult to redefine its role as it has grown, according to the National Audit Office.

Today’s report found that GDS has successfully reshaped government’s approach to technology and transformation, but there remains a risk it is trying to cover too broad a remit with unclear accountabilities. In 2015, GDS received £455 million in funding over the four years of the current Spending Review period. At the same time, departments have moved ahead with transformation programmes. The NAO found widespread views across government that GDS has struggled to adapt to its changing role.

Initially, GDS supported exemplars of digital transformation. In 2012, it identified 25 services across government for end-to-end service redesign. It aimed to show how new approaches could make it easier for people to access services online and help remove unnecessary costs. By March 2015, 15 of the exemplars were providing live online services and a further five were available to the public in trial form. As transformation programmes, however, they have had only mixed success. In a lessons learned exercise in 2015, GDS identified positive net present values for only 12 of the 22 programmes for which data were available.

GDS has established strong controls over spending and service design, and estimates that controls have reduced spending on IT by £1.3 billion over five years to April 2016. Cabinet Office controls have helped to increase flexibility in departments’ IT contracts. GDS has also introduced frameworks such as G-Cloud and the Digital Services Framework to improve contracting with small and medium-sized enterprises. The combination of strict controls and uncertain requirements, however, has led to confusion about GDS’s role in assuring major programmes. In addition, GDS has not sustained its framework of standards and guidance. The NAO found instances of overlapping guidance, for example blogs as well as service manuals being used. In some cases, guidance had been removed and web links broken.

GDS built on its experience with the GOV.UK website to develop a series of programmes to build and run its own central systems, including Verify for identity assurance. However, Verify has been difficult for some people to use and departments have taken longer and found it more difficult to adopt than expected. As a result, GDS now allows departments to offer other options for online access, in parallel, for nine of the 12 services currently using GOV.UK Verify. According to the NAO, this undermines the business case for the Verify programme and makes the process less clear for users.

According to the NAO, GDS is now adopting a more collaborative and flexible approach to supporting departments. GDS will base its approach on individual departments’ circumstances and take account of the importance of managing existing systems.