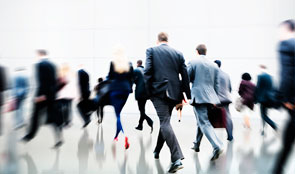 Equality, diversity, and inclusion in the civil service

The civil service must build on the progress it has made in managing equality, diversity and inclusion and place greater emphasis on departments’ valuing and maximizing the contribution of every member of their staff. This is more likely to deliver the business benefits than solely a focus on levels of representation of groups with ‘protected characteristics’.

“The civil service needs a workforce that reflects our increasingly diverse society and to embrace an inclusive approach, for both strategic and operational reasons. This is especially so at a time of ongoing austerity when the service will have to do more with less. Up to now, the civil service has concentrated upon a central approach to improving the representation of groups with protected characteristics. We consider that building on the progress that has been made will also depend in future on greater emphasis by individual departments upon an ‘inclusive’ approach to managing their civil servants, encompassing all characteristics and all staff. Such an approach, rather than solely focusing on levels of representation, is more likely to result in a productive and engaged workforce and the business benefits needed.”

If the civil service is to build on the progress it has made in managing equality, diversity and inclusion, in future it should place greater emphasis on departments’ valuing and maximizing the contribution of every member of their staff. This is more likely to deliver the business benefits than solely a focus on levels of representation of groups with ‘protected characteristics’, according to the NAO.

Today’s report by the spending watchdog also concludes that the Cabinet Office is not using the data it holds on staff demographics and perceptions to manage workforce changes and hold departments to account.

According to the spending watchdog, against a backdrop of fiscal consolidation and significant staff reductions, diversity and inclusion are crucial to the success of any reforms to the civil service and the better performance and productivity benefits they can bring.

Over time there have been improvements in levels of representation of three (female, minority ethnic, disability) of the ‘protected diversity characteristics’ but this has slowed more recently and there remain issues at senior grades. For example:

The Cabinet Office has found that some people are leaving the civil service because they find the culture exclusive. Staff surveys indicate significant differences in perception between some diverse groups. For example, female and minority ethnic respondents feel significantly more engaged than their immediate peers at lower grades but the opposite holds true at senior grades. Also staff with long term health conditions feel less engaged and, moreover, are more likely to feel discriminated against, bullied or harassed, as are lesbian, gay, bisexual civil servants at the most junior grades.

The Cabinet Office commissioned research to gain greater understanding of the problems. This identified as significant barriers, first, poor accountability and, secondly, confusion over roles and responsibilities for diversity and inclusion. The NAO found that only just over one-third (37%) of permanent secretaries had equality, diversity and inclusion among their personal objectives.

A series of previous diversity strategies has not led to sustainable change to the approach in the civil service and there was an 18-month gap between the end of the previous diversity strategy and the publication of the current one, the Talent Action Plan, in September 2014.  The Plan was designed to ensure that the best people progress in the civil service. It acknowledges the importance of inclusion but actions under the Plan are restricted to four under-represented groups and it does not bring out the impact that inclusion and diversity can have on business outcomes or for its staff. The Cabinet Office is, however, developing a delivery plan in which it intends to set out a new accountability framework, but the details of the plan are not yet complete.