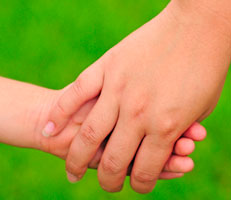 Early action has the potential to improve outcomes and value for money, but evidence of its impact and cost-effectiveness is currently patchy.

"A concerted shift away from reactive spending towards early action has the potential to result in better outcomes, reduce public spending over the long term and achieve greater value for money." "Government has signalled its commitment to early action as a principle, and taken some tentative steps towards realizing that ambition. There remains much room for improvement, however. Short-term thinking, a lack of integration in many areas and poor evidence gathering are impairing effective adoption and implementation of early action across government."

A review by the National Audit Office of ‘early action’ has concluded that this approach has the potential to result in better outcomes and greater value for money. Early action is the early deployment of resources by public bodies to prevent problems occurring or getting worse in service provision, rather than spending money reactively once those problems have occurred.

Government has signalled its commitment to the principle of early action but there is little evidence of a concerted shift in resources to early action projects, or cross-government coordination, either in consistent definition and measurement or in establishing adequate support structures.  Determined leadership is necessary to divert resources away from pressing and highly visible current needs, in line with public expectations, towards long-term early action programmes, particularly at times of fiscal austerity.

Strong evidence of early action’s impact and cost-effectiveness is thin on the ground within current projects. Moreover, since information on costs within most departments is also patchy, specifying an amount that could be reduced within the estimated £377 billion spent on ‘social’ spending in 2011-12 is not possible.

However, projects with the strongest evidence base show that some early action projects can achieve returns of up to 4 to 1.  Recent NAO reports also demonstrate value for money potential in early action.  For example,  the 2011 report on the Oversight of special education for young people aged 16-25 estimated that the cost to the public purse of supporting a person with a moderate learning disability through adult life of £2 to £3 million at today’s prices could be reduced, with the right support, by around £1 million.

Today’s report examines early action in relation to health, education and youth crime reduction policy. The Government has stated that early action is at the heart of its work on social justice. It has adopted the principle that early action is important in public service provision but does not plan a significant shift in resources. The total amount spent each year by the Department of Health, Department for Education, Home Office and Ministry of Justice on early action intervention programmes has remained fairly constant at around £12 billion, about 6 per cent of the departments’ spending in 2011-12.

The NAO has identified four key challenges the addressing of which could help in the design and implementation of early action programmes: namely, more consistent and robust gathering of evidence of what works; overcoming short-term thinking and other practical barriers; effective cross-government coordination of early action; and strengthening departments’ capacity to innovate and take bold long-term decisions.