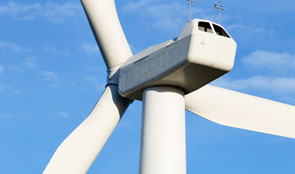 The Government awarded, without competition, £16.6 billion worth of early contracts to eight renewable generation projects at risk of investment delay.

The Department of Energy & Climate Change awarded the early contracts without price competition to avoid an investment gap. In so doing it has brought forward investment decisions by at least five months. The investments supported should contribute towards the UK’s achieving its renewable energy target in 2020, but it is not clear that awarding fewer early contracts would have put the achievement of that target at risk. As the Contracts for Difference regime has the potential to secure better value for consumers through price competition, committing so much of the available funding through early contracts, without competition, has limited the Department’s opportunity to secure better value for money.

The National Audit Office is not convinced that the Government sufficiently protected consumers’ interests by awarding without competition £16.6 billion worth of early contracts to eight renewable generation projects at risk of investment delay. This decision may provide higher returns to contractors than needed to secure the investment and also limits the amount of remaining budget subject to competition in later rounds.

In 2013, the Department of Energy & Climate Change launched the Final Investment Decision enabling for Renewables (FIDeR) scheme. This was to prevent unnecessary delays to investment in new renewable generation, while the Department established the Contracts for Difference regime, which will support such projects commissioned from 1 April 2015.

The Department awarded early contracts to develop five off shore wind farms, two coal plant conversions to biomass, and one bio-mass combined heat and power plant. The total cost to consumers of these contracts over their contract lifetime will be £16.6 billion.

Today’s NAO report finds that, by awarding these early contracts, the Department has provided certainty of support to the contractors at least five months earlier than they could have achieved under the full Contract for Difference regime. The early contracts have given the UK’s renewable industry greater confidence in the near term; and have contributed to the transition to the reformed electricity market.

However, the scale of early contracts for renewables, awarded without competition, may have increased costs to consumers. The Department proceeded with the FIDeR scheme to secure continuing investment in new renewable generation, despite acknowledging that competitive pricing might reveal subsequently that its administratively set strike prices in some cases were too high. It is not clear that the full scale of these commitments was needed so soon to meet the UK’s 2020 renewable energy target. The early contracts have committed 58 per cent of the funds available for renewables Contracts for Difference to 2020-21.