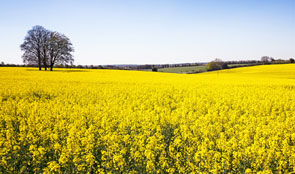 Defra, the Rural Payments Agency and Government Digital Service have not worked together effectively to deliver the Common Agricultural Policy Delivery Programme.

“The Department, the Rural Payments Agency and Government Digital Service have not worked together effectively to deliver the Common Agricultural Policy Delivery Programme. There are serious lessons in this episode for all three. This means that costs have increased and systems functionality has not improved at the rate expected, either in the back office or the user-facing front end. This does not represent value for money at this stage. One consequence of this is that the Department faces difficulties paying farmers accurately and at the earliest opportunity. While the Department is now making progress towards its target of paying BPS claims for the majority of farmers in December, significant challenges remain for the Programme.”

Ineffective collaboration between the bodies responsible for the Common Agricultural Policy Delivery Programme undermined their ability to deliver a successful rural payments service, according to the National Audit Office.

The Programme is a combined effort between the Department for Environment, Food and Rural Affairs, the Rural Payments Agency, Government Digital Service (GDS) and other bodies to develop new systems and processes to support the implementation of the Common Agricultural Policy in England. It was established in 2012 to address failings in how it was previously delivered and adapt to the increased complexity of the new Common Agricultural Policy.

The original vision and design of the Programme was narrow, according to the NAO. It focused largely on procuring IT systems and did not set out the wider organisational transformation required. In 2013, the Cabinet Office applied spending controls which introduced innovation, but also increased the risk that the Programme would fail to deliver.

Today’s report found that the Programme has been set back by numerous changes in leadership. There were four senior responsible owners within the space of a year, each bringing their own style and priorities. Repeated changes were disruptive to the Programme and caused uncertainty and confusion for its staff. The Department failed to prevent counter-productive behaviours, with deep rifts in working relationships and inappropriate behaviour at the senior leadership level at many stages of the Programme’s three-year history.

GDS did not provide the support the Department believed it needed to adapt to the changes during the spend control process. While GDS committed to reducing the overall programme costs, improving the delivery confidence of the programme and building the Department’s digital capability, its support was reported to be patchy and with limited continuity in personnel.

The Department expected applicants to be able to register using the government’s identity assurance system, Verify, from October 2014. Although the Verify team had advised the Department that they would need to make alternative means available to access the service, Verify was not sufficiently ready for widespread use by farmers in October 2014 and no alternative was initially put in place. The vast majority of customers, therefore, registered using the RPA’s existing process, supported by drop-in centres and the RPA’s telephone helpline.

In March 2015, in response to serious failings of the system, the online application system was withdrawn and replaced by “paper-assisted digital” applications for the 2015 scheme. This was a speedy and effective change to the Programme that has increased the likelihood that the majority of farmers will receive their basic payment scheme (BPS) payments in December.

The NAO found however that the focus on resolving immediate issues has diverted attention from long-term goals of improving the service to farmers, minimising future EC penalties and achieving other intended benefits such as addressing the land data issues that are causing current penalties.