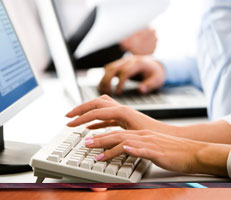 By creating complex shared services over-tailored to individual departments, government has increased costs rather than made savings.

"The initiative for government departments to share back-office functions has suffered from an approach which made participation voluntary and tailored services to meet the differing needs of individual departments. The result was over complexity, reduced flexibility and a failure to cut costs. "The new Cabinet Office strategy on shared services acknowledges these issues but, if it is to achieve value for money, it must learn the lessons from past implementation. Only in this way can the sharing of back-office functions have a realistic prospect of contributing towards the government’s drive to cut public spending in the long term. "

The National Audit Office has today reported on the initiative for government departments to share back-office functions. It concludes that, despite significant cost and effort, the planned benefits of the initiative have not been achieved. By creating complex services overly tailored to individual departments, government has increased costs and reduced flexibility. There has also been a failure to develop the benchmarks necessary for measuring performance.

In 2004, the Gershon Review recommended that the Government pursue the sharing of services, including human resources, finance, procurement and payroll, to achieve cost savings. It has been up to individual departments to establish their own arrangements and, between 2004 and 2011, eight major shared service centres emerged.

The five centres examined by the NAO were expected to cost £0.9 billion to build and operate but, to date, they have cost £1.4 billion. They were also expected to have saved £159 million by the end of 2010-11. While, in one instance Government has achieved break-even in a time consistent with the private sector, its overall performance has been varied and the two centres that are still tracking benefits report a measured net cost of £255 million.

The NAO reports that the services provided are currently overly customized to meet the needs of individual departmental customers and more complex than the spending watchdog expected. The ability of the shared service centres to make efficiencies is thereby limited by the overhead of running multiple systems and processes. Most departmental customers have not acted as ‘intelligent customers’ and they will need to build in-house capability with enough business and technical understanding to manage the services and work with the centres to achieve efficiencies. Among other findings in today’s report are that the software systems used in the centres have added complexity and cost; and that, as the use of the centres has been voluntary, departments have struggled to roll-out shared services fully across all their business units and arm’s length bodies.

The absence of clear management by the Government in the past has been a factor in the historic poor progress in implementing value for money shared services. However, the Cabinet Office has now taken steps to rectify this and has recently gained approval for a new strategy and business case. The NAO considers the approach is ambitious and has challenging timescales. The Cabinet Office is actively working with departments on its implementation.