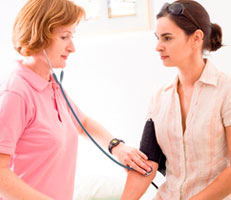 Establishing social enterprises under the Right to Request Programme

This report highlights risks to value for money associated with the Department of Health's programme aimed at enabling its staff to take the lead in leaving the NHS to set up health social enterprises. These are independent bodies delivering services, previously provided in-house, under contract to PCTs.

The National Audit Office has highlighted risks to value for money associated with the Department of Health’s programme aimed at enabling its staff to take the lead in leaving the NHS – or ‘spinning out’ – to set up health social enterprises. These are independent bodies delivering services, previously provided in-house, under contract to Primary Care Trusts.

Today’s report recognizes that, at this early stage of the ‘Right to Request Programme’, it is too early to assess its costs and benefits. Only 20 social enterprises are operational, most having been launched as recently as April 2011 and therefore having no track record. What can be said though is that the Department has not set measurable objectives specifically for the Right to Request Programme against which to evaluate its success. PCTs expected social enterprises to deliver more benefits than other providers, but did not generally contract for them to deliver savings or any other additional benefits.

The Department did not explicitly set out the expected benefits of the Right to Request Programme because it believes that the Programme has contributed to meeting the objectives of a wider programme, Transforming Community Services. However, according to the NAO, by not explicitly setting out objectives or contracting for additional benefits, the PCTs are reducing the likelihood those benefits will be delivered.

Today’s report points out that many risks and liabilities still reside with the PCTs and will need to be managed if value for money is to be achieved. In the last resort, the trust or its successors will be responsible for ensuring that essential services continue to operate. At least for a time, social enterprises will be highly dependent on work and cash flow from their respective PCTs. They will also be operating in an increasingly competitive market owing to changes in health legislation currently going through Parliament. PCTs or their successors will need to have a clear idea of how they will react if enterprises run into financial difficult or fail.