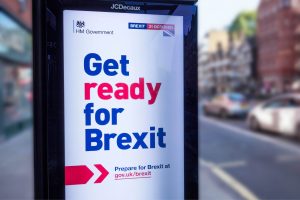 EU Exit: the Get ready for Brexit campaign

This report examines the management of the Cabinet Office-led Get ready for Brexit campaign.

On 1 September 2019 the government launched the Get ready for Brexit public information campaign (the campaign). The campaign objective was to ensure that everyone was prepared for leaving the EU on 31 October – regardless of the negotiation outcome. The campaign was stopped on 28 October when the government and EU agreed an extension to the UK’s membership of the EU. The UK and EU have since agreed a deal and the UK will leave the EU on 31 January 2020.

The overall campaign was led by the Cabinet Office. It was supported by the Brexit Communication Centre, a team of civil servants from the Cabinet Office, the Department for Exiting the European Union and other departments. Directors of communications working in other government departments reported to the Cabinet Office on delivery of the elements of the ground campaign led by their departments. The Cabinet Office appointed three agencies – Engine, Wavemaker and Manning Gottlieb OMD – to design the campaign messages and creative assets; decide which media to buy to reach the target groups; and buy the media spots. The overall campaign budget was £100 million. By the end of October, at the point at which the campaign was stopped, £46 million had been spent against an expected spend of £53 million by that point.

This report has been prepared following Parliamentary interest in the campaign. It examines the management of the campaign, in particular: the preparation of the campaign, including the approval of the business case and budget, and procurement; governance and oversight; and the evidence available to the Cabinet Office on the effectiveness of the campaign. We did not examine the timeliness, completeness and quality of the messages delivered and whether they were helpful to their target audiences.

The Cabinet Office had to work at great pace to prepare and launch a large, complex campaign spanning the work of many departments. It established a dedicated team to coordinate and work closely with departments to integrate messages from across government, getting them to work together effectively to coordinate what needed to be communicated to their respective target audiences.

As a result of the campaign the public was more aware of some of the things they might need to take action on. However, the Cabinet Office could not demonstrate that the air campaign resulted in significantly better preparedness. The impact of the campaign is likely to have been reduced by the public’s reading of political events in the weeks leading up to 31 October and the likelihood of a no-deal exit. For the future, the Cabinet Office’s analysis of campaign options should, from the start, focus much more on what impact is needed and how the behaviour change required by government will be delivered. Its scrutiny of plans should place more emphasis on targeting resources on the combination of activities likely to add the greatest value. A more consistent focus on key performance metrics from an early stage would help maintain attention on objectives.