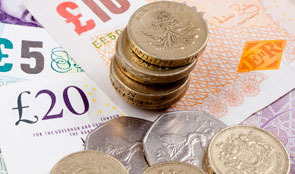 We have published a series of reports which explore some of the major risks to public finances highlighted in the Whole of Government Accounts (WGA).

The National Audit Office has today published a series of reports which explore some of the major risks to public finances highlighted in the Whole of Government Accounts (WGA). These reports examine how these risks to the balance sheet have changed in recent years and considers how the government currently manages them.

Today’s report on Provisions, contingent liabilities and guarantees finds that the government’s long-term risk profile is increasing. Provisions and contingent liabilities have been on an upwards trend in recent years. If this trend were to continue, provisions alone could reach around £300 billion by 2020. The most significant liabilities result from the long-term impacts of the government’s energy policies, legal claims arising as a result of the government’s activities and the government’s recently introduced guarantee schemes over housing and infrastructure. Long term liabilities such as the nuclear decommissioning provision, are particularly difficult to estimate because of the timescales involved. In addition, changes to the discount rate used to value liabilities on the balance sheet can have a significant impact on the values reported and the understanding of the potential cash outflows.

The WGA provides an insight into the financial implications of these risks and the impact of the government’s decisions. Enhancing the WGA disclosures, however, would increase its usefulness as a management tool and provide greater transparency.

In Pensions, the NAO notes that at £1,493bn the public sector pension liability is the single, largest liability on the government’s balance sheet. Although government reforms have helped to generate cash and reduce pension costs in the longer term, overall the liability has risen by around a third since 2009-10. There is a limit to the level of pensions the government can finance annually as a proportion of gross domestic product (GDP) without having to reduce spending in other areas or increase income through higher taxes or further borrowing. Nonetheless, it is not clear from the WGA what impact the government’s management of these risks is having.

The multiple and varied nature of the public sector pension arrangements create a complex environment in which the government has different degrees of influence and control. So far, some pension schemes have reformed much further than others. As reforms to the delivery of public services continue and the scale of private sector access to public pensions potentially increases, the government will need to ensure its assurance and oversight framework is effective and covers current and future exposure to risks across the full range of its pension commitments.

In the NAO’s report on Financial assets and investments, the spending watchdog notes that the scale and concentration of the government’s financial assets in the banking, housing and student finance sectors present a significant management challenge: the value of assets is closely related to economic performance which increases risks to public finances and the concentration of assets can affect the government’s ability to sell assets quickly or achieve market price. The introduction of UK Government Investments should help to consolidate and professionalise the government’s management approach.

Valuing assets such as the student loan book can be difficult and subject to some significant uncertainty. However, as the government increasingly looks to sell its assets, it needs to have sufficient understanding of their economic value in order to decide whether, when and how best to sell the assets and maximise value for money for the taxpayer. Its strategy for managing its portfolio of assets and the value achieved from any sales should be visible to Parliament and the public. The government has begun winding down its investment in Lloyds Banking Group Plc and the former Northern Rock and Bradford & Bingley mortgage books it took on as a result of the financial crisis. Yet exiting fully from its 73% stake in Royal Bank of Scotland Group Plc will require careful management given the relative size of its shareholding and market conditions. At the same time, exiting from the Quantitative Easing programme – intended to be a temporary intervention – will depend upon economic growth.