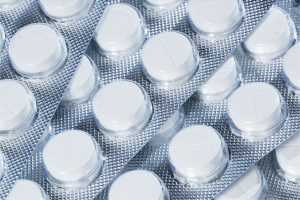 Exiting the EU: supplying the health and social care sectors

We record government's progress in ensuring health and social care supplies should the UK leave the EU without a deal.

Following the EU membership referendum in June 2016, the government asked departments to begin preparing for all eventualities, including a ‘no-deal’ exit from the EU. The government is seeking to ensure that goods can flow through the UK border without significant delays. The current cross-government ‘reasonable worst-case’ planning assumption is that the flow of goods across the short Channel crossings could be reduced to 40–60% of current levels on day one, with the flow of goods improving to 50%–70% of current flow after three months and returning to current levels after 12 months.

The Department of Health & Social Care (the Department) and NHS England and NHS Improvement (NHS E&I) have been working with a wide range of organisations to understand the scale and nature of the supply challenge within their responsibilities. Supplies to the NHS and social care sectors involve thousands of items, ranging from medicines and blood products to gloves and other non-clinical consumables. In December 2018, the Department brought all its preparations for maintaining supplies in the event of a ‘no-deal’ EU exit under a single Continuity of Supply Programme. The programme’s objective is “to safeguard patient care and to ensure that the supply of medicines and medical products remains unhindered in a no-deal scenario”.

The Department has done a great deal of work to prepare for a no-deal exit. It identified several high-risk areas and took steps to fill gaps in the information it held, for example on the reliance of supplies on the short Channel crossings. It worked effectively with stakeholders in the medicines industry to understand the challenges they face in the event of a no-deal exit and to address them, for example by providing additional warehouse capacity. However, there remains a significant amount to do before 31 October, in particular to ensure that:

In the event of a no-deal exit, the Department would be working in a highly uncertain environment and operating all the elements of its plan would be a hugely demanding task.