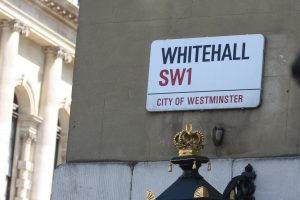 This report aims to provide greater clarity on the financial settlement in advance of the 'meaningful vote'.

The United Kingdom (UK) is scheduled to leave the European Union (EU) on 29 March 2019. The government has agreed with the EU the terms of the UK’s withdrawal, including how it will establish a new relationship with the EU during an implementation period. As part of this agreement, the UK will continue to participate in the EU’s annual budgets in 2019 and 2020 as if it had remained a member state. It will also pay a share of the outstanding commitments and net liabilities that the EU entered into by the end of 2020. This is known as the ‘financial settlement’.

The government’s agreement with the EU has two major components: a Withdrawal Agreement, setting out the arrangements for the UK’s withdrawal from the EU; and a political declaration on the terms of the future relationship between the UK and the EU. The Withdrawal Agreement includes the terms of the financial settlement. The House of Commons is due to have a ‘meaningful vote’ on the government’s agreement with the EU.

This report aims to provide greater clarity on the financial settlement’s place in the wider context of the government’s agreement with the EU in advance of the ‘meaningful vote’:

This report sets out the series of events the government expects to take place in taking forward its agreement with the EU. It does not cover the implications of the UK leaving the EU without an agreement, or of there being modifications to the existing agreement, such as extending the implementation period.