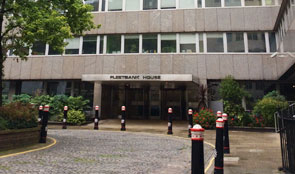 The government is selling assets on an unprecedented scale but, given the equally large scale of its new loans and other initiatives, the overall projected net effect is a £200m increase in borrowing.

"Financial institutions are becoming significant elements in the government balance sheet, creating a range of opportunities and risks but no one part of government is taking an overview. The government should adopt a portfolio management approach alongside the traditional departmental oversight model to provide heightened assurance over the portfolio. Some of these institutions appear to have survived the market conditions they were created to alleviate after the financial crisis, and the rationale for their existence in the public sector is questionable. The government’s plan to accelerate its asset sale programme is unprecedented in scale and aims to reduce its exposure to the financial sector. We expect the government to demonstrate good practice when it disposes of these investments.”

There has been a significant growth in the number of financial institutions controlled by central government over the past ten years but it is unclear that any single area of government is taking a portfolio view of these institutions, according to a new report by the National Audit Office. A portfolio approach offers the advantage of providing oversight, beyond departmental boundaries, of identifying and managing potential exposure to risk and the ability to benchmark performance across institutions and within sectors.

Since 2007 the number of government controlled financial institutions has doubled to 54. In addition to taking stakes in four large banks during the financial crisis, the government has created a range of new financial institutions to address specific market failures in sectors such as housing, student loans, green energy and small business lending. The wholly-owned government institutions represent a total asset value of £222bn. The government’s exposure to debt was over £2 trillion between November 2009 and February 2014.

The government plans to reduce its exposure to some sectors but this may be offset by growth in policy-related activities. The Office of Budget Responsibility (OBR) estimates the government will receive around £94.6 billion between 2015 and 2020, from selling shares and selling or collecting loans it has issued. In relation to the residential mortgage sector, the £2.7 billion proceeds from selling part of the UK Asset Resolution portfolio (which manages the legacy assets of Bradford & Bingley and Northern Rock) is offset by Help to Buy schemes, which have grown to £3 billion.

Government has announced plans to divest of a number of assets, which the OBR estimates to be worth £62.6 billion. These assets are: a portion of the student loans portfolio; the remaining shares in Lloyds Bank Group; and a proportion of its RBS shares. A government commissioned report[1] estimates that the cost of the financial sector interventions was £107.6 billion, that receipts to June 2015 were £43.8 billion and if all the shares were sold at March 2015 values, there is an overall cash surplus of £14.3 billion (subsequent OBR data at July 2015 suggests the surplus is now £14.9 billion). The estimates do not take account of the cumulative cost of financing these investments, which is approximately £10.88 billion for Lloyds Banking Group and RBS.

The student loans book is an increasingly important and material feature of the government balance sheet. Of the £64.1 billion lent to students, the government expects to recover £42.2 billion. The OBR forecasts that £84.4 billion of new student loans will be issued in the period to 2015-2020, and a total of £11.9 billion will be repaid on past loans during the same period. The government expects to generate about £12 billion of proceeds from sales of the pre 2012 student loan book. The total value of student loans is expected to reach £100 billion by 2018. There are five policy-related institutions with assets or liabilities greater than £10 billion each, six with gross assets or liabilities greater than £2 billion each and three greater than £1 billion each.

The NAO estimates that, in addition to the student loan book, the government’s wholly-owned policy-related institutions held £70 billion assets and £69 billion liabilities at 31 March 2015. The OBR forecasts a further £10 billion increase in public sector net debt by 2020 due to the expansion of Help to Buy, Green Investment Bank, British Business Bank and other policy-related financial institutions.

Over the next five years, the government expects to receive a total of £94.6 billion in proceeds from a combination of repayments and selling assets (including shares and loan books). It expects to pay out £94.8 billion in new student loans and increased funding for policy-related financial institutions. By far the largest cash outflow is new loans. These are estimated at £84.4 billion over the five year period. These figures are based on a number of assumptions, including the market capacity.

There is rarely an accessible way to distinguish between a temporary market intervention and an enduring financial institution, or to identify the intended duration of taxpayer exposure. If the government decides to reduce its financial services portfolio, an orderly exit from the sector will take many years.