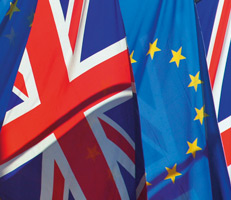 Financial management in the European Union

There has been a detectable improvement over recent years in the financial management of European funds across the European Union. However, there remain seemingly intractable problems with reducing the high levels of error in some significant areas of EU spending.

"I welcome the signs of improvement in financial management of European funds across the EU but the persisting high levels of error are explained by the sheer complexity of these programmes. UK departments should press for programmes to be designed with clear measurable objectives and in such a way as to promote efficient administration. "Weaknesses in the administration of European schemes in the UK, such as the Single Payment Scheme, continue to have an impact on the taxpayer. It is not acceptable that departmental mismanagement reduces the funding available from the European Union and places an additional burden on Exchequer funds. The Treasury should set targets for departments to reduce the level of financial corrections."

There has been a detectable improvement over recent years in the financial management of European funds across the European Union, the National Audit Office has reported. However, there remain seemingly intractable problems with reducing the high levels of error in some significant areas of EU spending.

For the second successive year, in November 2009 the European Court of Auditors provided a positive Statement of Assurance, without qualification, on the reliability of the European Union’s accounts. However, for the fifteenth successive year, the Court did not provide a positive Statement of Assurance on whether the underlying transactions conformed to applicable laws and regulations. Material error was found in categories making up some 53 per cent of total expenditure, including Cohesion Policy funds, which are still associated with the highest level of error in the EU budget, and Rural Development. The value of irregularities, including fraud, reported by Member States decreased by 24 per cent in 2008 while the number of cases reported increased by 9 per cent.

The NAO points out that, while controls can be tightened and administration improved, many of these high levels of error are in part down to the sheer complexity of administering the programmes in question. Some changes have been introduced for programmes in the 2007-2013 period, but it is too early to judge their impact.

Weaknesses in the administration of European programmes in the UK continue to have an impact on the taxpayer. During 2008-09, the Commission confirmed £140 million of disallowances of expenditure and UK departments have made provisions for some £350 million of further disallowances and reported the potential for liabilities beyond that.