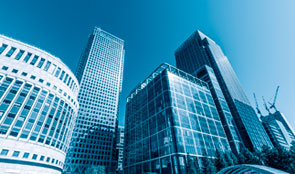 The Financial Conduct Authority cannot know whether its activities are reducing the overall scale of financial services mis-selling to consumers. The most prominent example of mis-selling is Payment Protection Insurance (PPI). Between April 2011 and November 2015, firms paid out £22.2 billion in compensation to more than 12 million customers who had bought PPI.

“Mis-selling of financial products remains a major problem for Britain’s consumers. The regulatory and redress bodies have increased the prominence of mis-selling issues in financial service firms and £22 billion has been paid out in PPI compensation since 2011. Legislative restrictions limit my access to information that the FCA holds on firms making it impossible to draw definitive conclusions on its approach. The information my staff could see, such as customer complaints, does not show any clear reduction in the extent of mis-selling.  The FCA cannot be confident that its actions are reducing the overall level of mis-selling, and it has further to go to show it is achieving value for money.”

The Financial Conduct Authority (FCA) cannot know whether its activities are reducing the overall scale of financial services mis-selling to consumers, according to a report by the National Audit Office.

Mis-selling has been defined by the former Financial Services Authority as “a failure to deliver fair outcomes for consumers”. This can include providing customers with misleading information or recommending that they purchase unsuitable products. The most prominent example of mis-selling is Payment Protection Insurance (PPI), which was sold widely between 1990 and 2009. Between April 2011 and November 2015, firms paid out £22.2 billion in redress to more than 12 million customers in compensation to people who had bought PPI, following complaints and regulatory action. The NAO estimates that claims management companies received between £3.8 billion and £5 billion of the compensation paid.

Increased fines and redress payments appear to have substantially reduced financial incentives for firms to mis-sell products. The FCA has made multiple interventions to affect firm and individual behaviour, including introducing restrictions on bonus structures through the remuneration code, and imposing mis-selling fines totalling £298 million from April 2013 to October 2015. Redress payments have been substantially larger, particularly for mis-selling of PPI. Most firms responding to our information request reported changes to their incentive structures to reduce the risk of mis-selling, in part because of the FCA’s actions.

However the FCA lacks good evidence on whether its actions are reducing overall levels of mis-selling. In 2014, mis-selling accounted for 59% (2.7 million) of customer complaints to financial services firms. This compared with 25% (0.9 million) in 2010. PPI alone accounted for 2.3 million complaints in 2014 – 51% of all complaints. The FCA’s information on complaints to firms does not yet draw together complaints data and information that could show whether its actions are reducing mis-selling – for example it does not identify when the alleged mis-selling that prompted complaints took place. Gaps in the FCA’s overview of mis-selling create a risk that its interventions may not be  well coordinated, and means that the FCA cannot be sure that it has chosen the most cost-effective way of intervening.

Overall, banks’ handling of complaints has been poor, requiring ongoing action from the FCA and the Financial Ombudsman Service (the Ombudsman). The FCA has worked to improve complaints handling by introducing new rules and taking enforcement action (including fining Lloyds Banking Group £117 million). 7 out of 15 firms that responded to the NAO reported changes in their approach. However, there has been no noticeable fall in the level of complaints about mis-selling upheld by the Ombudsman in the past 5 years. It has found in favour of consumers in 62% of cases raised with it since April 2013.

Today’s report found that the Ombudsman has dealt well with an unprecedented increase in its workload largely because of PPI cases. In 2014-15, 74% of complainants agreed that the Ombudsman handled complaints efficiently and professionally. However in 2015-16, so far, PPI cases have on average taken three times as long to process, compared with 2011-12.  In addition, there remains a substantial backlog of complaints, with almost 40,000 cases still outstanding after two years. The Ombudsman says it aims to clear this backlog by July 2017.

Although complaining directly to the Ombudsman is straightforward and free, many consumers who have been mis-sold financial products fail to receive full compensation, because of a lack of awareness or reliance on claims management companies. The Ombudsman has found that many consumers don’t pursue a complaint because they believe that it wouldn’t achieve anything, or that it would be too stressful. The FCA and the Ombudsman have tried to encourage consumers to complain directly if they have problems, with little apparent impact so far. Around 80% of PPI complaints to the Ombudsman come through claims management companies; the proportion is generally lower for other products.