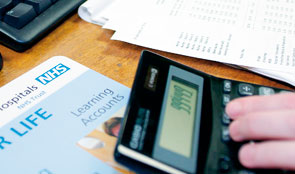 The financial sustainability of NHS bodies

Financial risk is increasing in NHS trusts and foundation trusts. Those in severe financial difficulty continue to rely on cash support from the Department of Health.

“An increasing number of healthcare providers and commissioners are in financial difficulty. The growth trend for numbers of NHS trusts and foundation trusts in deficit is not sustainable. Until the Department can explain how it will work with bodies such as NHS England, Monitor and the NHS Trust Development Authority to address underlying financial pressures, quickly and without resorting to cash support, we cannot be confident that value for money will be achieved over the next five years.”

The financial position of the NHS has worsened since 2012-13, with growing financial stress in NHS trusts and foundation trusts. According to the National Audit Office, these trends are not sustainable.

Today’s report notes that financial risk is increasing in NHS trusts and foundation trusts, and those in severe financial difficulty continue to rely on in-year cash support from the Department of Health. In 2013-14, over £0.5 billion extra money was issued to 21 NHS trusts and 10 foundation trusts to ensure that organisations in difficulty have the cash they need to pay staff and creditors.

NHS England underspent by £279 million compared with its original plan but, within this net total, it overspent £377 million on specialised services. The overspend was partly owing to over-ambitious planning assumptions. NHS England offset this pressure through use of its reserves. Forty-nine clinical commissioning groups performed less well than originally planned: 12 of these had forecast a surplus but ended the year in deficit. The local auditor of clinical commissioning groups referred 19 bodies in deficit to the Secretary of State for spending more than their authorised resource limit.

To discourage unnecessary emergency admissions, trusts receive 30% of the full tariff payment for admissions above the level experienced during 2008-09. However, this arrangement has not contained demand. Increasing demands for emergency admissions will also reduce the resources commissioners have to invest in alternative primary or community care services.

Some NHS bodies have not made large enough cost savings, or contained the increasing demand for services within their available funding, whilst meeting quality and access targets. There remains considerable uncertainty about the impact of initiatives such as the Better Care Fund, which the Department and NHS England expect will reduce demand for acute hospital services. The NAO will look again at the planning process for commissioners and providers in 2015 to determine how well regulatory bodies are checking consistency between different parts of the health and social care system.