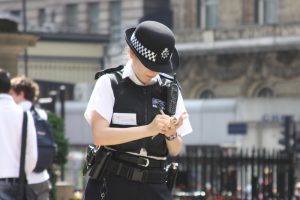 Financial sustainability of police forces in England and Wales 2018

This report examines the Home Office's progress in managing a clear assurance and oversight system for police forces' financial sustainability.

There are 43 territorial police forces (forces) in England and Wales. Police forces’ ability to provide an efficient and effective service is the defining test of their financial sustainability. The Home Office’s (the Department’s) role in ensuring that forces are financially sustainable is complex. Local accountability gives commissioners and chief constables greater control over spending decisions, but consequently, the Department has less oversight over forces’ financial sustainability and how the funding it has provided is used.

We previously reported on the financial sustainability of police forces in June 2015. We concluded that there were significant gaps in the Department’s understanding of demand and of pressures on the service, and it needed to be better informed to discharge its duties of overseeing the police and distributing funding. At the time of our previous report, forces did not have an evidence-based understanding of demand, or what affected their costs, and so it was difficult for forces to provide services that met the needs of communities or to demonstrate how much resource they needed to deliver them.

This report follows up our 2015 report. It examines the Department’s progress in managing a clear assurance and oversight system that:

This report does not look in detail at the activities of police forces or police and crime commissioners.

The Home Office’s light touch approach to overseeing police forces means it does not know if the police system is financially sustainable. It lacks a long-term plan for policing and significant gaps remain in its understanding of demand for police services and their costs. The way the Department chooses to distribute funding has been ineffective and detached from the changing nature of policing for too long, and it cannot be sure overall funding is being directed to the right places. With plans to reform the funding formula on hold, and no systematic approach to ensuring forces are financially sustainable, we cannot conclude that the Home Office’s oversight of the police system is value for money.