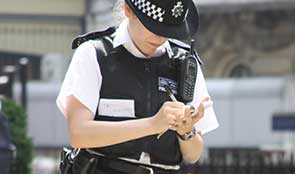 Financial sustainability of police forces in England and Wales

Police forces have successfully reduced costs since 2011, but do not have a clear understanding of the demands placed upon them or of the factors that affect their costs.

“Although police forces have successfully reduced costs, without a thorough understanding of demand or the factors that bear on their costs it is difficult for them to transform services intelligently. The Home Office also needs to be better informed to discharge its responsibilities. It needs to work with HMIC, the College of Policing and forces to gain a clearer understanding of the health of the service, particularly around demand and on when forces may be at risk of failing to meet the needs of local communities.”

While police forces in England and Wales have successfully reduced costs since 2011, they do not have a clear understanding of the demands placed upon them or of the factors that affect their costs. The Home Office also needs to be better informed to make sure forces are providing value for money.

According to a report today by the National Audit Office, the funding to police and crime commissioners decreased by £2.3 billion (25%) in real-terms between 2010-11 and 2015-16. Taking into account changes in central and local government funding, total funding to individual forces has reduced by between 12% and 23%.

The Department does not have good enough information to work out by how much it can reduce funding without degrading services, or when it may need to support individual forces. The police sector is currently working to identify information which could give early warning of a force at risk. However, despite the reports and data produced by HMIC, there is currently insufficient information to identify signs of the sector being unable to deliver services, there are unclear links between financial reductions and service pressures and limited data on police productivity.

Although crime statistics indicate that the level of crime has fallen since 2010-11, police forces do not have a good enough understanding of the demand for their services. Statistics on levels of crime exclude some types of crime. Moreover, HM Inspectorate of Constabulary (HMIC) data on demand for police services from emergency and priority incidents shows that only 22% of incidents that police responded to were crime-related. HMIC estimates that only 10 of 43 forces have a sophisticated understanding of demand. There are no standards for measuring demand and, in the view of the NAO, no comprehensive national picture of demand across policing.

While financial reserves across all forces with comparable data have increased by 35% in real-terms between 2010-11 and 2013-14, this is not necessarily a sign of financial health.  As forces cannot run deficits, reserves enable them to manage financial uncertainty, fund investment, and, on occasion, offset funding reductions. But forces cannot rely on using reserves to offset funding reductions over several years. A Police and Crime Commissioners Treasurers’ Society review of forces’ reserve position has found that Commissioners are planning to reduce reserves by 41% between April 2014 and April 2017.

Forces will need to transform the service they deliver if they are to meet the financial challenge and address the changing nature of crime. The Department has not had its budget protected during the last Parliament, and police forces will likely face further significant funding reductions. According to the NAO, organizations in the police accountability system are not yet supporting forces to improve their capacity and capability in relation to business skills.