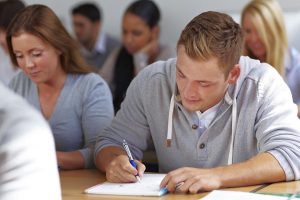 The Department is exerting stronger oversight and sanctioning under-performing providers but there remain issues to resolve, such as more timely identification of underperformance and ineligible payments.

“The Department is exerting stronger oversight and sanctioning under-performing providers but there remain issues to resolve, such as more timely identification of underperformance and ineligible payments. When the new Office for Students takes over responsibility for regulating alternative providers, it will need more specific, timely and reliable data to get early warning of issues emerging in the sector.”

The Department for Education has made progress towards addressing weaknesses in its oversight of alternative higher education providers, but still has important issues to address before it can provide assurance on current and emerging problems, according to today’s report from the National Audit Office.

The rate of students at alternative providers who drop out of their studies has fallen, but it remains much higher than in the rest of the higher education sector. Between 2012/13 and 2014/15 the non-continuation rate reduced from 38% to 25%, but remains three percentage points higher than the sector benchmark, and 15 percentage points higher than for the rest of the higher education sector. The Department has taken action against all eleven providers with high non-continuation rates in 2014/15. More timely and reliable data would enable the Department to impose sanctions more promptly.

The Department has strengthened its oversight framework and it has suspended or revoked payments to providers where intelligence from third parties or its own analysis has identified under-performing or non-compliant providers. In addition there are indications that expansion of the alternative provider sector has helped widen access to higher education for under-represented groups of students. However, early indications are that graduates who studied at alternative providers have lower rates of progression into employment or further study, and lower salaries than graduates of publicly-funded providers.

Under the Higher Education and Research Act 2017, a new Office for Students will take on responsibility for funding and regulating all registered English higher education providers and therefore the Department will stop directly regulating alternative providers.