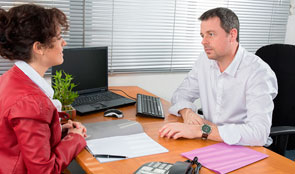 Department(s): Department for Work and Pensions, HM Revenue and Customs

The government continues to lose large amounts of money through fraud and error overpayments and many vulnerable people get less support than they are entitled to.

“For over 25 years we have highlighted concerns about fraud and error, and departments’ limited in-roads into the problem. The government continues to lose large amounts of money through fraud and error overpayments, reducing the money available for other purposes. And many vulnerable people get less support than they are entitled to. There are many reasons to be optimistic about opportunities to reduce fraud and error, in particular through the use of real-time information and introduction of Universal Credit. Real-time information has made it much easier to deal with changes in claimants' earnings. However, the full impact is still uncertain and it will be several years before Universal Credit is fully rolled-out. Departments need to build on recent efforts to develop more integrated and systematic responses to preventing fraud and error.”

In 2013-14, the Department for Work & Pensions and HM Revenue & Customs overpaid benefits and tax credit claimants by £4.6 billion because of fraud and error, and underpaid claimants by £1.6 billion, according to today’s report from the National Audit Office. Overpayments increase costs to taxpayers and reduce public resources available for other purposes, while underpayments mean households are not getting the support they are entitled to.

The level of fraud and error is a long-standing and significant problem. The NAO has identified four systemic issues which the departments need to continue to address: establishing clear strategies and governance; designing controls into the way departments work; implementing controls and interventions effectively; and measuring and evaluating performance.

Today’s report finds that the departments have made progress in reducing headline rates of fraud and error. In particular, HMRC’s reductions in tax credits fraud and error overpayments from 8.1% in 2010-11 to 4.4% in 2013-14 are encouraging.

The NAO finds that, based on current estimates, HMRC will meet its spending review target for fraud and error, while DWP is not on track. The departments set targets for reducing fraud and error in 2014-15 to 1.7% of benefit spending for DWP and towards 5.5% of tax credit spending for HMRC. DWP’s preliminary estimates for 2014-15 show overpayments of 1.9%. Changes in the composition of DWP benefits have helped to bring down rates of fraud and error. HMRC still needs to understand fully the reasons for its recent reductions.

The departments have implemented some major changes that should help to reduce fraud and error in the future. For example, DWP is introducing Universal Credit and other changes to the welfare system. HMRC has changed tax credits rules and started a project with the private sector to increase the Department’s capacity.  These new opportunities will make it easier to reduce some types of fraud and error, but significant risks still remain. For the next five years, both departments will have to manage fraud and error during a long and complicated transition to Universal Credit. Departments have improved their capability to tackle some risks, for example using data from HMRC’s real-time information system (RTI) to reduce losses due to claimants misstating their income.  But they need to develop their approaches for other risk areas, such as claimants not declaring whom they live with, which was the cause of £823 million of fraud and error in 2013-14.

Both departments have strengthened governance over fraud and error initiatives, have improved their understanding of the causes of fraud and error, and are increasingly aiming for prevention in scheme design. However, they need to strengthen how they monitor performance as there will be significant levels of fraud and error after the introduction of Universal Credit. DWP currently estimates that around £5.8 billion of overpayments will still be at risk in 2020.

Department(s): Department for Work and Pensions, HM Revenue and Customs