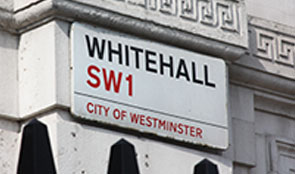 The exact scale of fraud within government is unknown. The quality and completeness of fraud data is often variable.

The exact scale of fraud within government is unknown but excluding tax credit and benefit fraud, detected fraud in 2014-15 across government was equivalent to only 0.02% (£72.9 million) of total expenditure (£306 billion) according to a report by the National Audit Office. However there is a large disparity between what fraud and error is reported and what other available estimates suggest might be occurring which needs explaining.

The UK government detected fraud figure of 0.02% of expenditure is significantly lower than some estimates of 3-5% in the EU and US. While these comparisons need to be treated with caution, it suggests there could be significant fraud and error which is unreported or undetected and losses which are not being adequately addressed. Given current fiscal challenges, reducing the level of fraud is one potential way of making savings while protecting services.

Government lacks a clear understanding of the scale of the fraud problem and departments vary in their ability to identify and address fraud risks. The data that does exist is patchy, inconsistent and of variable quality. The most comprehensive data relates to areas of known risk – tax credit and benefit fraud – but information across the rest of government is clearly incomplete.  It is difficult to formulate solutions if the scale and nature of the problem is unknown.

The Cabinet Office has recently started collecting fraud returns from departments but there are gaps and inconsistencies in the data sets. What the data does indicate though is that departments are reporting less fraud loss than expected given the scale of expenditure and range of activities. Some submitted nil returns despite reporting cases of fraud elsewhere. The Cabinet Office is attempting to improve the quality of fraud information and raise departments’ ability to address fraud risks.

It is difficult to assess if government action is improving fraud detection or prevention because of the lack of data and absence of measures to evaluate performance. Most central activity to date has focussed on getting departments to recognise the risks and establish governance structures and processes to better identify and address fraud, which is a necessary first step to being able to evaluate success.

Among the NAO recommendations are that departments should undertake thorough fraud risk assessments of all new policies/programmes and also improve the quality and completeness of fraud data. Once Cabinet Office is confident about the quality of this data, it should publish an annual report on fraud losses across government to improve transparency and raise awareness of fraud.