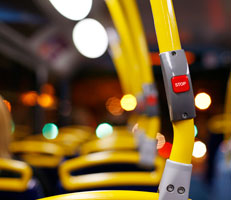 Funding for local transport: an overview

As the funding and provision of transport decentralises, this report gives an overview of the landscape and highlights issues and risks.

"As the Department for Transport devolves more funding to a local level, it needs to make sure it has the appropriate assurance over the spending. It also needs a clear plan of action establishing how it will identify and intervene in cases of operational or financial failure in transport provision."

The National Audit Office has today published a report identifying issues and risks which may arise as the Department for Transport devolves more control over funding and delivery of transport services to local bodies.

The Department has recently announced proposals to devolve funding for major transport schemes to new local transport bodies and is also consulting on devolving bus funding and some responsibilities for rail services to local authorities. The spending watchdog is calling on the Department to clarify its approach as it implements these changes and moves into the new ways of working. This includes being clearer on who is accountable for local transport funding and how they will be held to account.

The Department has already said it will assess whether local transport bodies have appropriate systems and processes in place. But it should clarify how it will check that these devolved arrangements continue to meet its standards and what action it will take if standards are not met.

In the context of increasing pressure on local budgets, the Department should clarify how local transport data can be better used to judge value for money and to compare performance between local areas. It also needs to identify areas and activities most at risk of a drop in performance and clarify under what circumstances it would expect to intervene.