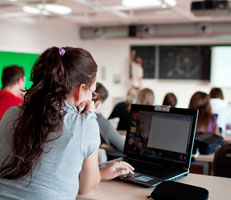 National Audit Office report: Getting value for money from the education of 16 to 18 year olds

Achievements and participation of 16- to 18-year-olds in education have improved, but issues with performance management and accountability arrangements remain.

“There are some positive indicators of value for money in the Department’s expenditure on educating 16- to 18-year-olds. A number of issues will need to be addressed, including performance management and accountability arrangements, before I can conclude that value for money is being delivered across the board.”

Increases in expenditure on education for 16- to 18-year-olds, which now stands at £6 billion per year, have been matched by improvements in students’ achievements and increasing participation of 16- to 18-year-olds in education. Nevertheless, the National Audit Office cannot conclude that value for money is being delivered across the system because of variation in the arrangements for accountability, performance monitoring and intervention where poor performance exists.

Students achieve, on average, better academic progress and results in institutions educating large numbers of 16- to 18-year-olds, whether colleges or school sixth forms. Sixth-form colleges perform best on most measures of student achievement, despite currently receiving £280 per student less funding than school sixth forms. The Department for Education has taken steps to reduce inconsistency in how different provider types are funded and has committed to bringing the funding levels for school sixth forms into line with colleges by 2015.

Many schools and colleges have improved their management of back-office costs through good practice in procurement. However, direct costs including teaching staff account for over 60 per cent of a provider’s costs and some providers have a poor understanding of how to manage these costs. The Department for Education needs to understand better how expenditure can most effectively improve pupils’ achievement and progression to higher education or employment.