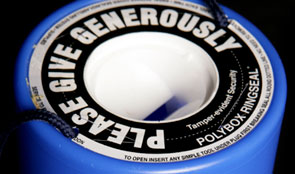 Gift Aid and reliefs on donations

HMRC and the Treasury do not know if incentives designed to increase charitable giving, at a cost to the taxpayer of £940 million in 2012-13, have resulted in more income for charities.

“Gift Aid is an important source of income for many charities, worth £1 billion to charities in 2012-13. The changes made in 2000 to increase charitable giving resulted in a further £940 million of reliefs going to individuals and companies as an incentive to give more money to charity. However, the exchequer departments cannot demonstrate that these incentives are working, or that the increased cost to the taxpayer has resulted in a rise in donations to charity.”

HM Revenue & Customs and the Treasury do not know if Gift Aid and other tax reliefs on donations provide as much value for the charitable sector as they could, according to a report today by the National Audit Office.

Today’s report recognizes that Gift Aid provides an important source of income for many charities. The report underlines the importance of properly administering tax reliefs on donations, in order to protect the reputation of the charitable sector and give confidence to donors.

However, it finds that there is not enough evidence to conclude that reliefs on donations in their current form, and the way they are implemented, provide value for money. First, there is insufficient evidence that government has actively encouraged take-up of the reliefs so that those charities which are entitled to them get the intended benefits. Secondly, HMRC has not collected the data which would enable it to conclude how tax incentives since 2000 have affected donor behavior or if they have increased the value of donations.

Changes introduced in April 2000 were intended to encourage more people to give more to charity by broadening access to tax efficient giving, while making the tax system simpler for charities.  This changed the distribution of the reliefs: in 1999-2000, charities received £1,060 million in tax relief on donations and donors received £130 million in real terms. In 2012-13, charities received £1,040 million and donors received around £940 million. Although HMRC undertook evaluative work in 2005 on the impact of these changes, this did not provide assurance that they had resulted in more income for charities.

HMRC also faces a serious compliance challenge in respect of reliefs on donations, in particular from avoidance. While the proportion of charities set up to abuse charitable status is very small, the cumulative costs of small-scale avoidance activity are large, accounting for £110 million of tax lost in 2012-13. HMRC has also identified eight marketed avoidance schemes, which it is challenging robustly, estimating that they are putting £217 million of tax at risk.

HMRC does not have an accurate estimate of how much tax is lost in total through avoidance, fraud and error in respect of these reliefs. The Department has made a working estimate that £170 million was lost in 2012-13, based on its analysis of tax loss in related areas. However, it recognizes that its methodology is crude and may understate the level of loss.

Among the NAO’s recommendations is that HMRC and HM Treasury should collect better evidence on the impact of reliefs on donor behavior and should work with the charitable sector and academics to obtain this.